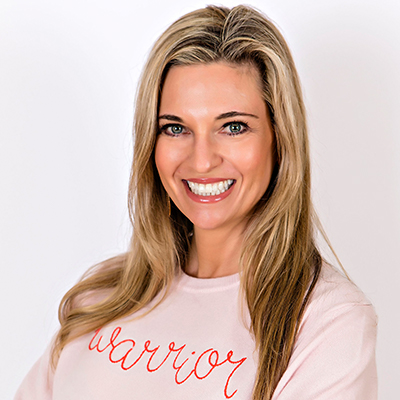 Dr. Funk is a board-certified breast cancer surgeon who, alongside her husband, Andy Funk, cofounded the Pink Lotus Breast Center in Los Angeles. She has helped thousands of women through breast cancer treatment, including well-known celebrities like Angelina Jolie and Sheryl Crow. Dr. Funk is a frequent cohost on The Doctors and breast expert on Good Morning America, and has appeared on The View, Today, The Dr. Oz Show, CNN, and numerous other national and local television and news shows. While writing the national bestseller BREASTS: The Owners Manual, Dr. Funk’s research led her entire family to become 100% plant-based. She lives in Southern California with Andy and their triplet sons. 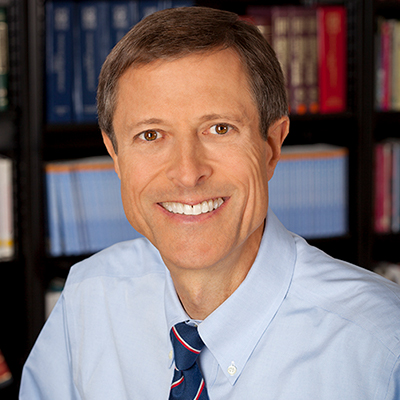 Dr. Barnard is an adjunct professor of medicine at the George Washington University School of Medicine in Washington, D.C., and president of the Physicians Committee for Responsible Medicine. Dr. Barnard has led numerous research studies investigating the effects of diet on diabetes, body weight, and chronic pain. Dr. Barnard has authored more than 90 scientific publications and 20 books for medical and lay readers, including his upcoming book Your Body in Balance, which describes how healthful foods can reduce the risk of breast cancer and other hormone-related health problems. 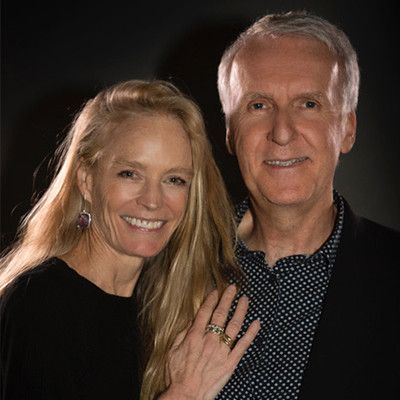 Suzy Amis Cameron is the author of The OMD Plan: Swap One Meal a Day to Save Your Health and Save the Planet, founder of Red Carpet Green Dress and MUSE School CA, which has a 100% plant-based lunch program. Amis Cameron and her husband, James Cameron, director of Avatar and Titanic, work to make plant-based eating accessible for all for the benefit of public and environmental health. Together, they founded Plant Power Task Force, Cameron Family Farms, Food Forest Organics and Verdient.

Tracey Stewart is a passionate animal advocate and the author of the New York Times bestseller Do Unto Animals: A Friendly Guide To How Animals Live, and How We Can Make Their Lives Better. Jon Stewart is an activist, comedian, writer, producer, director, political commentator, and television host. Together they have created the Hockhockson Farm Foundation dedicated to promoting a whole foods plant-based diet and inspiring kindness to all living beings. 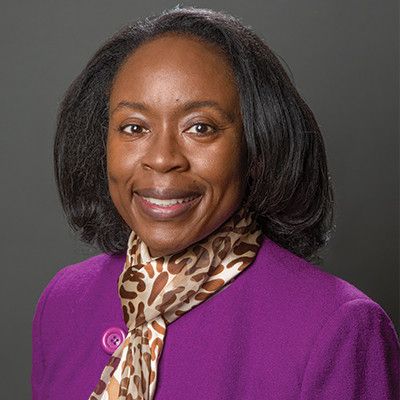 Paulette Chandler, MD, MPH, is a primary care physician and cancer epidemiologist with a focus on preventive medicine. Dr. Chandler studies the connection between nutrition and cancer prevention at Brigham and Women’s Hospital in Boston, and she is an Assistant Professor of Medicine at Harvard Medical School. Dr. Chandler is passionate about educating the public about the power of healthy lifestyle choices for preventing disease and promoting wellness. 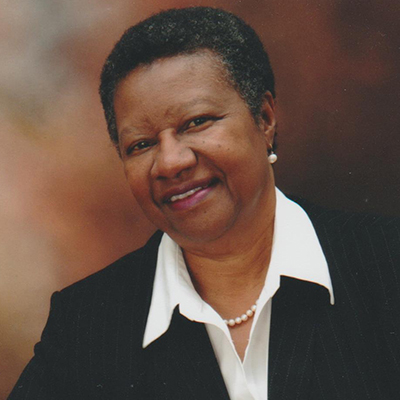 Dr. Crayton became the 90th president of the Academy of Nutrition and Dietetics in June 2015. For more than 40 years, she served the public as an innovative nutrition leader in many roles at the district, state, and national levels. She was awarded professor emerita at Auburn University upon her retirement in 2013. She is self-employed as director of Living Well Associates, LLC, and serves as an off-campus director of an Individualized Supervised Practice Pathway (ISPP) at Dominican University in Illinois. She earned degrees from Grambling State University, St. Louis University, and Auburn University. Her area of specialty is nutrition education for the public, and she is nationally and internationally recognized on topics related to nutrition and health literacy. She served as chair of the Nutrition Education for the Public Dietetic Practice Group and past president of the Alabama Dietetic Association and the Tuskegee District Dietetics Association. She is a member of the Hunger and Environmental Nutrition Dietetics Practice Group and the National Organization of Blacks in Dietetics and Nutrition. She is married to John L. Crayton, and they are proud parents of three adult children. 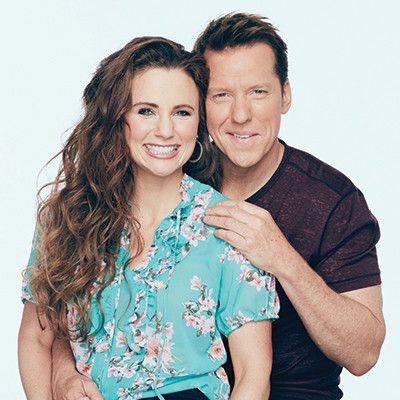 Audrey Dunham is certified in plant-based nutrition, sports nutrition, and fitness training, and creates vegan recipes that are posted on her blog, AudreyDunham.com, and her YouTube channel. She is also the creator of Peanut’s Bake Shop Cookie Kits, which are vegan, gluten free and non-GMO. Jeff Dunham is a comedian and ventriloquist who has and continues to sell out arenas all over the world. His latest Netflix special was released on Sept 24th, 2019. Audrey and Jeff have been married for seven years and have four-year-old twin boys.

Tig Notaro is a stand-up comic, actor, writer, producer, and director and was diagnosed with breast cancer in 2012. She experienced a dramatic reduction in her chronic pain after switching to a plant-based diet in 2017. 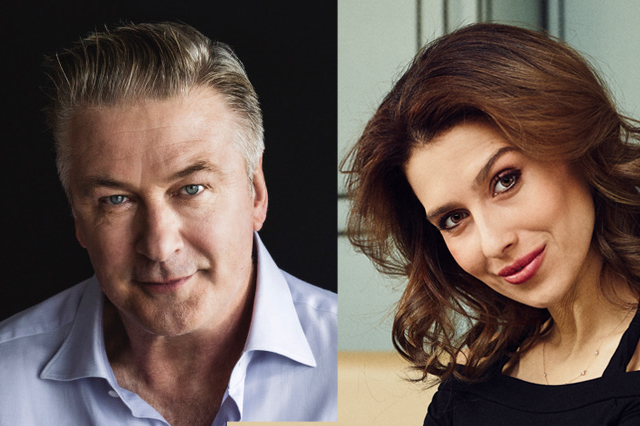 Hilaria Baldwin is co-host of the Mom Brain podcast with Daphne Oz on PureWow; author of The Living Clearly Method: 5 Principles for a Fit Body, Healthy Mind & Joyful Life (Rodale; December 2016); and co-founder of Yoga Vida in NYC. She is also a monthly contributor to TODAY.com’s One Small Thing platform and to People’s People Parents Squad. Alec Baldwin has won three Emmy awards, three Golden Globes, and seven consecutive Screen Actors Guild Awards as Best Actor in a Comedy Series for his role on NBC-TV's 30 Rock, in addition to a Tony nomination (A Streetcar Named Desire, 1992) and an Oscar nomination (The Cooler, 2004). He has published three books and is the host of a podcast, Here’s The Thing, for WNYC. Baldwin hosts ABC’s Match Game, the classic television game show; a portion of his fees are donated to charity through The Hilaria and Alec Baldwin Foundation and the Carol M. Baldwin Breast Cancer Research Fund.

Dr. Bhanote, the founder of the Holistic Wellbeing Collective, is a quadruple board-certified physician and published author with expertise in integrative medicine and anatomic/clinical pathology. As a breast cancer fellowship-trained physician, she has diagnosed more than 100,000 breast cancers. Dr. Bhanote has additional certifications in culinary medicine, mindfulness-based stress reduction, plant-based nutrition, and yoga medicine/yoga for cancer recovery, in which she applies a whole-body approach to healing. She is a sought-after health and wellness expert providing both spoken and written commentary to multiple news media outlets and publications. Her interests include nutrition and the microbiome, the role of stress and inflammation in disease manifestation, the application of mindfulness as a lifestyle practice, and cancer and disease prevention. Dr. Bhanote's mission is to support an integrative approach to evidence-based holistic well-being. 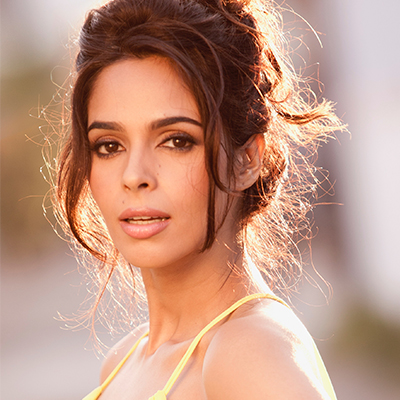 Actress Mallika Sherawat is a firm believer in the healthy lifestyle choice of eating a plant-based diet. In 2018, Sherawat supported the Physicians Committee’s tour of medical schools across India by appearing on billboards throughout Mumbai to promote plant-based foods for optimal health. An advocate for women’s rights, Mallika is proud to sit on the Let’s Beat Breast Cancer advisory board. 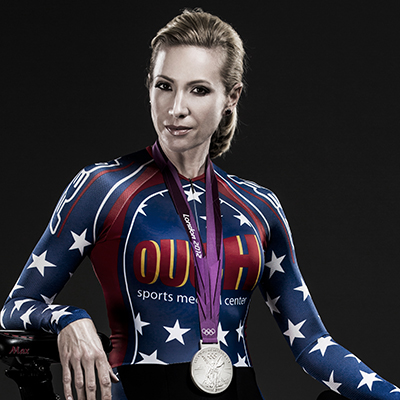 Dotsie Bausch, a 2012 Olympic silver medalist, is the executive director of Switch4Good, a nonprofit organization made up of dairy-free athletes, trainers, doctors, dieticians, and influencers. Bausch is featured in the upcoming documentary on plant-based athletes, The Game Changers, directed by Academy Award winner Louie Psihoyos and executive produced by Oscar winner James Cameron. Bausch speaks around the world about the benefits of plant-based eating. 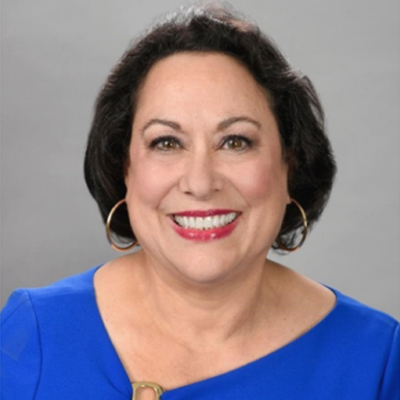 Lucille Beseler is a registered and licensed dietitian/nutritionist, certified diabetes educator, author, speaker, consultant, and entrepreneur. She is president and owner of the Family Nutrition Center of South Florida (FNC) established in 1991, a comprehensive nutrition practice providing a variety of nutrition services in multiple locations throughout South Florida. Beseler was the 91st President of the Academy of Nutrition and Dietetics representing 100,000 nutrition professionals. Her statement delivered at the United Nations in New York City on Feb. 10, 2017—“Nutrition is a Science, Nutrition is not a Fad”—highlighted the importance of the science of nutrition in transforming health. An avid advocate for nutrition science in preventing and treating chronic disease, Beseler speaks throughout the South Florida community and the country educating families on the consequences of obesity and obesity-related disease. 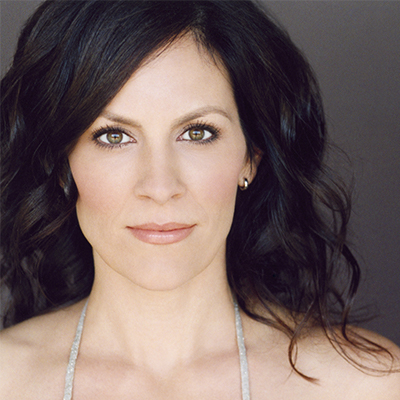 Annabeth Gish is an actress, mother, and advocate. A personal journey with a breast cancer diagnosis, caught and treated early, awakened her to the powerful science of plant-based nutrition in reducing risk. Gish is inspired to help educate and empower others with the Physicians Committee’s important platform. 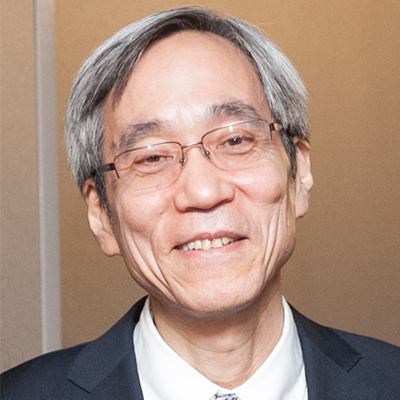 Dr. Kushi is director of scientific policy at the Kaiser Permanente Northern California Division of Research and is internationally recognized for his expertise in nutritional epidemiology. His research interests focus on the role of diet and nutrition in the etiology of coronary artery disease and breast and other cancers. He serves on a grant review committee for the American Cancer Society and has served on various American Cancer Society committees to develop guidelines for the dietary prevention and management of cancer. Dr. Kushi has also served on review committees for the Epidemiology and Disease Control Study Section of the National Institutes of Health, and the Integration Panel of the Breast Cancer Research Program of the US Army Medical Research and Materiel Command. He was formerly the chair of the Food and Nutrition Section of the American Public Health Association; on the executive committee of the American Society of Preventive Oncology; and has worked at the Fred Hutchinson Cancer Research Center and the University of Minnesota School of Public Health.

Mark McKinnon stars in the new BET Her film “The Waiting Room” – which follows the lives of two women as they wait to hear if they have breast cancer and their journeys after receiving the life-changing diagnosis. Mark has dedicated this role to both his grandmother who died of breast cancer and his father, who died of prostate cancer. The film was both directed and written by all Black females, and is set for release on October 17.

Kikkan Randall is an American cross-country skier and Olympic gold medalist. She has won 17 U.S. National titles, made 29 podiums on the World Cup, made five trips to the Winter Olympic Games and had the highest finish by an individual American woman at the World Championships, second in the Sprint in Liberec in 2009. She was diagnosed with breast cancer in 2018 and advocates for physical activity as a critical component of cancer treatment and prevention. 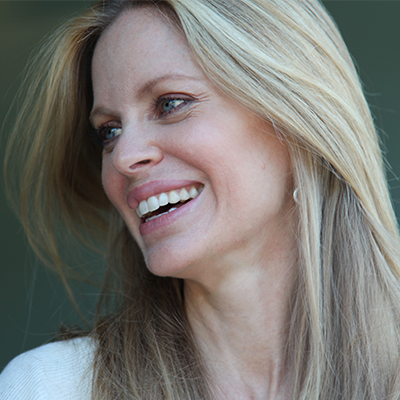 Film and television actress Kristin Bauer van Straten played vampire Pam in HBO’s True Blood and Maleficent in ABC’s Once Upon a Time. Bauer has advocated for plant-based diets for disease prevention since going plant-based more than a decade ago. As Bauer says, “Health cannot be underrated!” 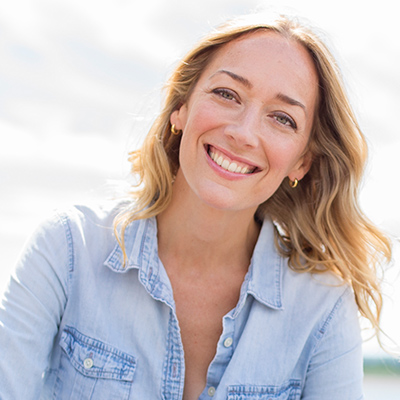 Kris Carr is a multiple New York Times best-selling author, wellness activist, and cancer thriver. She’s a member of Oprah’s SuperSoul 100, which recognizes the most influential thought-leaders today, and was named a “new role model” by The New York Times. Kris lectures at hospitals, conferences, and corporations. Media appearances include: Glamour, Prevention, Scientific American, Good Morning America, Today show, CBS Evening News, The Wall Street Journal, Forbes, Success, Super Soul Sunday, OWN, and The Oprah Winfrey Show. She is the subject and director of the documentary Crazy Sexy Cancer. As an irreverent foot soldier in the fight against disease, Kris teaches people how to take back their health and live like they mean it. 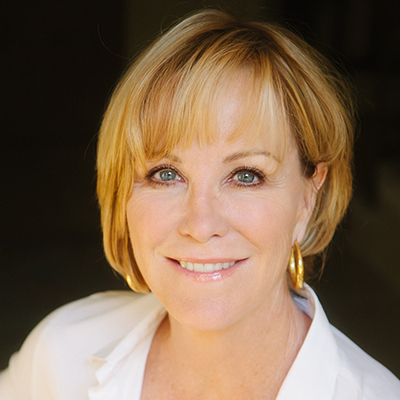 Joanna Kerns is an actress, director and breast cancer survivor. Joanna is best known as Maggie Seaver on the long running show Growing Pains but has spent the last 27 years behind the camera directing. Joanna is honored to serve on the advisory board of Let’s Beat Breast Cancer. 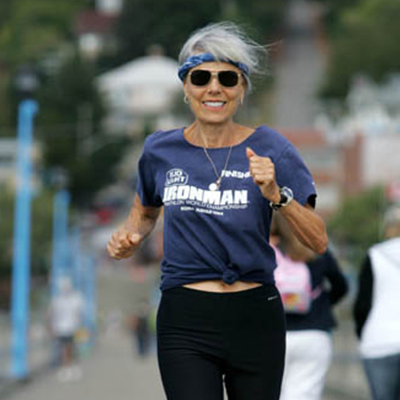 Dr. Heidrich is a six-time Ironman Triathlon finisher who has won more than 900 medals in races around the world, including more than 60 marathons. Dr. Heidrich is a breast cancer survivor and authored A Race for Life, CHEF Cookbook, Senior Fitness, and Lifelong Running. 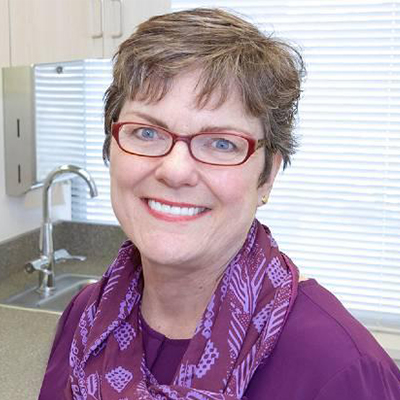 Geraldine Adams is a registered nurse and certified diabetes educator at the Barnard Medical Center.  Adams participated in the Food for Life Cancer Project program 12 years ago after breast cancer surgery.  She thoroughly enjoys assisting others to prevent disease and improve their health by adopting a whole food plant-based diet. 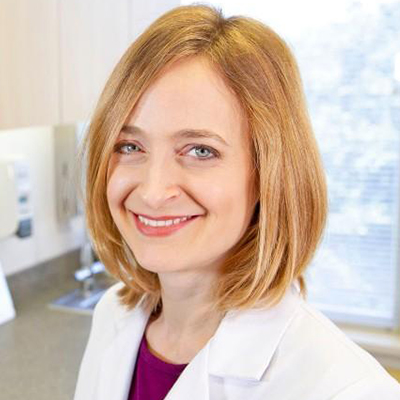 Lee Crosby is a registered dietitian with the Physicians Committee and Barnard Medical Center, as well as a health and nutrition blogger at Veggie-Quest.com. After a biopsy and a lumpectomy (the latter showing atypia) in her early 30s, Crosby became a passionate advocate for women’s health, and lifestyle change for breast cancer risk reduction. She helped draft the Let’s Beat Breast Cancer guidelines.

Get started with a plant-based diet today.