Animals used in general surgery training suffer numerous invasive procedures and are killed either during or at the end of the training session. The anatomical and physiological differences between animals and humans render this type of training ineffective.

These procedures can all be taught using human-based methods, including laparoscopic, virtual reality, and human-patient simulators; human cadavers; and partial task trainers. For example, Surgical Science’s LapSim is a virtual reality laparoscopic simulator that allows trainees to develop proficiency in a variety of minimally invasive procedures. Among the numerous simulators that can be used to teach surgical skills are Simulab’s TraumaMan System, CAE Healthcare’s LapVR Surgical Simulator, and Maximum Fidelity’s EnviroPC Perfused Cadaver.

In December 2018, the Physicians Committee began a survey of general surgery residency programs in the United States and Canada to determine training methodologies. Due to the large number of programs, the survey is ongoing. 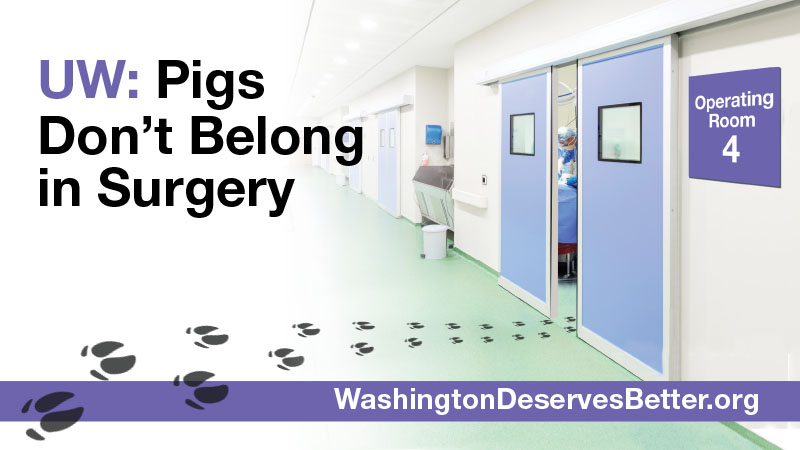 Join Ways to Give