SACRAMENTO—California students may soon be able to choose a healthful, plant-based option at public schools, after AB 479 passed the Senate Education Committee with a 7-0 vote on July 3. AB 479, introduced by Assemblymember Adrin Nazarian (D-Van Nuys) and co-sponsored by the Physicians Committee and Social Compassion in Legislation, would provide extra funding to schools that add or increase the number of vegan entrées and plant-based milks on their menus. The bill will now move to the Senate Appropriations Committee.

“By voting yes for AB 479, California’s State Senators cast their votes for a healthy future for students and the planet,” says Neal Barnard, MD, president of the Physicians Committee for Responsible Medicine. “Plant-based school meals not only protect students’ health, but they also teach compassion for the environment and those we share it with.”

In its position paper on vegetarian diets, the Academy of Nutrition and Dietetics—the world's largest organization of food and nutrition professionals—states that “vegetarian, including vegan, diets are healthful, nutritionally adequate, and may provide health benefits for the prevention and treatment of certain diseases,” including heart disease, type 2 diabetes, hypertension, certain types of cancer, and obesity.

“We’re passed the stage where our only school lunch options are meat and potatoes,” states Assemblymember Nazarian. “Plant-based meals are healthier for our children and will reduce our state’s carbon footprint.”

In addition to improving students’ health, the bill would help fight climate change and protect the environment. Plant-based meals save water, reduce land use, and even lower greenhouse gas emissions. A Friends of the Earth study found that when Oakland Unified School District added more plant-based meals to its menus, the district reduced its carbon footprint by 14 percent and saved 42 million gallons of water and $40,000 over the course of two years.

“There are so many reasons to pursue a plant-based diet, with an increasing number of studies showing both the health benefits and the environmental impact of abstaining from meat, dairy, and eggs,” said Judie Mancuso, Founder and CEO of Social Compassion in Legislation. “This bill is about providing a choice to young people who have decided that eating animals is the wrong choice for them—and for our planet.

AB 479 will not only provide funding for plant-based meals, but it will also offer support for staff training, student engagement, recipe development, and other technical assistance needed to boost participation rates.

Many school districts across the state, including Oakland, Novato, San Francisco, Santa Barbara, Los Angeles, San Diego, Riverside, and Capistrano have already added healthful, plant-based options to their menus. AB 479 will provide critical technical and financial support to expand these menu offerings and encourage many other schools to follow suit.

California’s bill would set a precedent that other states are already looking to follow. A bill in the New York State Legislature, S1472/A1624, would provide plant-based options upon request to students in New York public schools. 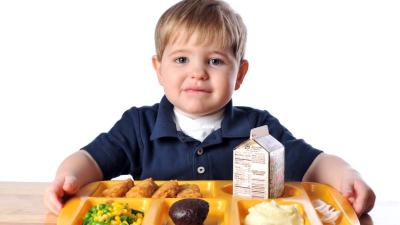