The NFL Is Going Vegan

The latest trend in the NFL isn’t some fancy new offense or going for it on fourth down. It’s going vegan!

A growing number of the league’s players — many of them 300 pounds of pure muscle — are turning to a plant-based diet to take their game to the next level. And it’s no surprise given the success they are having.

In this episode of The Exam Room, “The Weight Loss Champion” Chuck Carroll travels to Nashville to meet up with celebrity plant-based culinary wiz Chef Charity Morgan. The classically trained vegan chef is feeding a ton of players in the Tennessee Titans’ locker room, including her own husband, Derrick Morgan. Chef Charity shares how it was actually Derrick who introduced her to a plant-based diet and how she’s keeping these gridiron giants fed. It’s no small feat given their size!

Plus, Chef Charity takes us into the kitchen to whip up a delicious plant-based spinach and artichoke dip that will leave your mouth watering just in time for the Super Bowl.

Then, Chuck checks back in with the inspirational Josh LaJaunie whose incredible weight loss journey began after the New Orleans Saints won the Super Bowl in 2010. Their improbable victory took him from 420 pounds to the cover of Runner’s World magazine! Josh is also the author of the book Sick To Fit, which is available for free as a Kindle download.

You’ll get amazing insight into what it truly takes to transform your health and lose hundreds of pounds when Chuck and Josh compare their remarkable stories.

Pour roux into a large bowl. Next, use a paper towel to squeeze out all of the water from the frozen spinach to make it dry. Use your hands to crumble the thaw spinach over the roux. Drain liquid from artichoke hearts. Roughly chop artichoke hearts and place into the large bowl over the spinach and roux. Add ½ cup vegan mozzarella to the bowl. Add ½ cup vegan parmesan. Add salt. Add vegan Worcestershire sauce. Squeeze lemon juice into the bowl. Using a spatula, mix everything in the bowl. Add ground pepper. Continue mixing. Pour mixture into a baking dish. Sprinkle the remaining vegan mozzarella and vegan parmesan over the mixture. Place the baking dish into the oven at 375 F for about 20-30 minutes depending on your oven (bake until the dip is hot, bubbly, and caramelized on the top). Alternatively, you could drop the temperature down to 350 F and cook for about 45 minutes. The longer it sits in there, the better because it breaks down and gets gooey.

In a small skillet, melt vegan butter over medium heat. Add onion and garlic; cook until onion is soft, 4 minutes. Add flour and cook. Continue stirring until mixture is pale golden with a nutty aroma, 4 minutes. 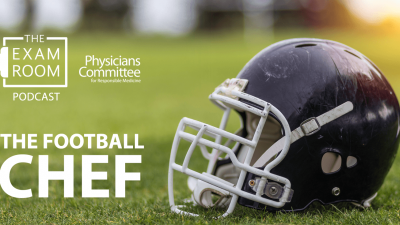 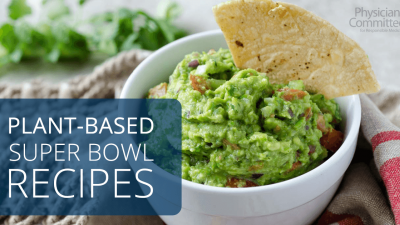 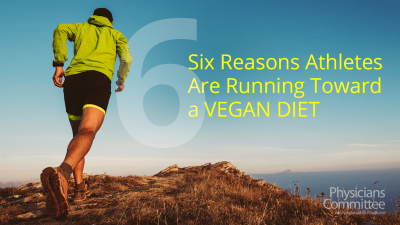 Six Reasons Athletes Are Running Toward a Vegan Diet