Study in a Sentence: An Adverse Outcome Pathway, just developed for respiratory sensitization, forms a foundation for the development of human-based, nonanimal approaches to test chemicals for this serious occupational disease. The AOP was developed by a team led by Physicians Committee toxicologist Kristie Sullivan, M.P.H.

Redefining Research: This paper summarizes the current understanding of how chemicals can cause respiratory sensitization in an AOP framework, highlighting potential computer-based and cell-based tests that could be used to detect chemical respiratory allergens. The AOP will help speed the further development of these tests and lead to the regulatory acceptance of nonanimal approaches to protect workers and consumers. 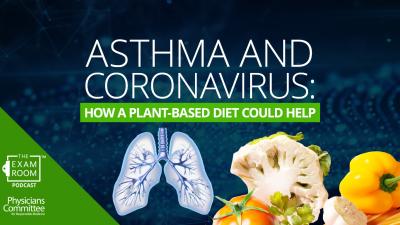