Scientists working for Dairy Management Inc. (DMI), an organization with U.S. Department of Agriculture oversight, have partnered with Taco Bell to introduce a Grilled Cheese Burrito to get Americans to eat more artery-clogging cheese.

That’s a problem. It’s at odds with the USDA’s Dietary Guidelines for Americans, which recommend limiting saturated fat, noting that “the main sources of saturated fats in the U.S. diet include mixed dishes containing cheese…”

DMI, which formed a partnership with Taco Bell in 2012, is funded by the USDA-managed dairy “checkoff” program, which collects money from milk producers to promote and boost dairy sales. DMI spends millions of dollars a year working with fast-food restaurants including McDonald’s, Pizza Hut, and Wendy’s to develop cheesy, high-fat products.

While DMI now puts out news releases about its fast-food partnerships, the Physicians Committee first exposed DMI’s activities in 2001 through documents acquired through the Freedom of Information Act.

The USDA was created to support the nation’s agricultural interests. It was later asked to create the Dietary Guidelines. The two tasks do not coexist well. How can the USDA inform the public of the dangers of dairy while also trying to get the public to buy more of it? It’s time for the USDA to follow its own Dietary Guidelines and protect the health of Americans by putting an end to pushing to cheese.

How the Government Works with Fast Food to Push Cheese

Did you know that the U.S. government spends $140 million a year helping to develop fatty fast-food dishes and boost the sales of cheese and other dairy products and develop? Cheese is packed with cholesterol, saturated fat, and sodium - three nutrients the government-issued Dietary Guidelines recommend we cut back on. 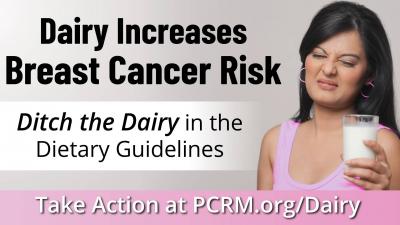 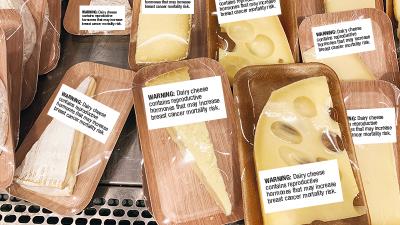 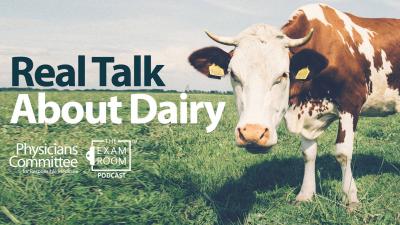