The Dietary Guidelines for Americans recommend three servings of dairy a day. But research shows that the hormones, saturated fat, and dairy calcium in dairy products increase prostate cancer risk, recurrence, and mortality.

Black men are 1.7 times more likely to have new cases of prostate cancer and twice as likely to die from prostate cancer, compared to white men. In a letter in response to the Scientific Report of the 2020 Dietary Guidelines Advisory Committee, the American Medical Association wrote, “Dairy and meat products are promoted in federal nutrition policies even though they are not nutritionally required. The AMA notes that Black Americans are at particularly high risk for prostate cancer, colorectal cancer, and cardiovascular mortality, and prostate and colorectal cancers are strongly linked to dairy, processed meat, and red meat consumption.”

Moving meat and other animal products off your plate can also help fight prostate cancer. A study published in the American Journal of Clinical Nutrition found that men who followed a vegan diet had a 35% lower prostate cancer risk than those following a nonvegetarian, lacto-ovo-vegetarian, pesco-vegetarian, or semi-vegetarian diet. 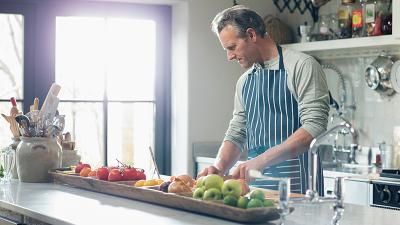 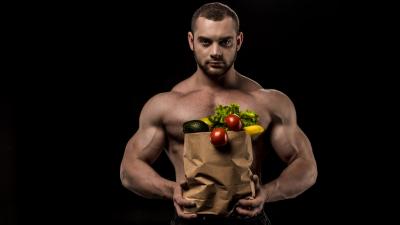 One Day to Wellness: Nutrition, Cancer, and Erectile Dysfunction