Turns out that all those years of milk and cookies haven’t been doing Santa any favors. This year, he’s finally breaking his silence and letting the world know that he is lactose intolerant. Up to 65 percent of people in the world are unable to digest lactose, with that number rising to 90 percent within certain ethnic groups. Data show that approximately 79 percent of Native Americans are lactose intolerant. So are 75 percent of African Americans and more than 50 percent of Hispanics. Asians have a 90 percent statistic of lactose intolerance. Some say that, prior to moving to the North Pole, Santa Claus used to be Saint Nicholas, a Greek bishop. Since there is a lactose intolerance rate of 75 percent among people of Greek descent, it’s no surprise that Santa wants to ditch the dairy. Consuming dairy products can actually have worse consequences than ending up on Santa’s naughty list. Just two and a half servings of milk, yogurt, or cheese per day can increase the risk of prostate cancer by 34 percent. Mrs. Claus would also benefit from switching to plant milk, since dairy milk consumption has been linked to breast and ovarian cancer, with dairy products contributing up to 70 percent of the estrogen intake in the Western diet. A 2012 study debunked the idea of milk building strong bones. Researchers found that active girls who consumed the most dairy double their risk of bone fracture than girls who consumed less dairy. The study linked good bone health with vitamin D consumption—a nutrient not naturally found in dairy products. The saturated fat and cholesterol in dairy also contribute to heart disease, the number one cause of death in the United States. Trying to lower fat intake by switching to skim adds a new complication—sugar. One cup of skim milk has just about as much sugar as five Hershey’s Kisses. Instead of leaving Santa a glass of dairy milk, why not try an energizing green smoothie? Not only is the color more seasonally appropriate, a green smoothie is packed with fiber and antioxidants to keep Santa feeling full between rooftops. 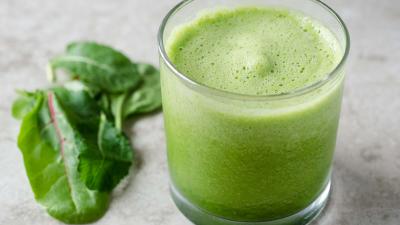 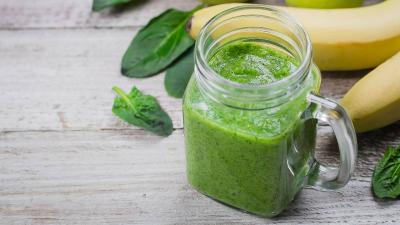 Orange You Bananas for Kale Smoothie 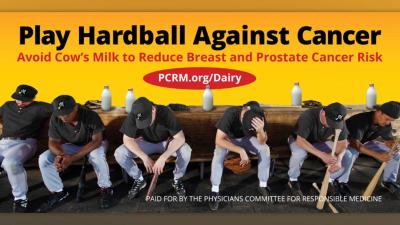