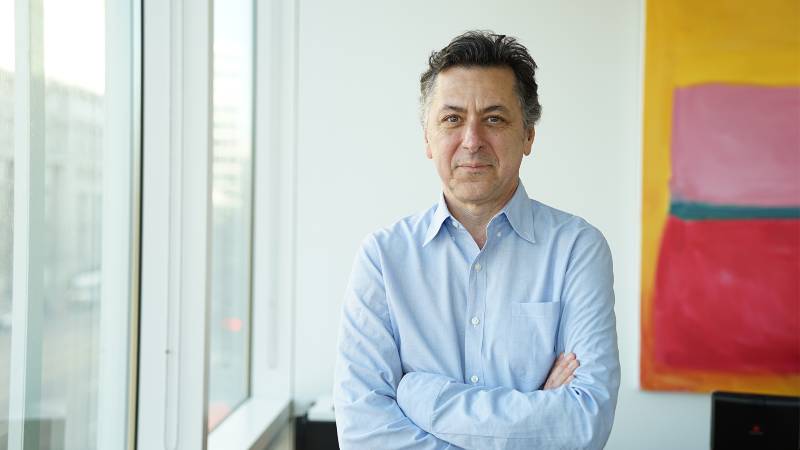 WASHINGTON—President and CEO of Vanda Pharmaceuticals, Mihael H. Polymeropoulos, MD, is the inaugural recipient of The Trailblazer Award, given by the Physicians Committee—a nonprofit with more than 12,000 doctor members—for his unwavering commitment to prevent and replace animal tests and advance more human-relevant science. In a first-of-its-kind case, Vanda is suing the U.S. Food and Drug Administration for not allowing its drug to be studied in long-term clinical trials without a dog study.

Vanda has challenged the utility of these studies and their adequacy to inform human safety.  As a result, the FDA punished Vanda by placing a partial clinical hold on some of its ongoing clinical trials. Therefore, Vanda filed a lawsuit against the FDA, charging them with arbitrary and capricious behavior in requiring drug developers to conduct such dog studies under a nonbinding guidance.

“There is no evidence that long-term studies on dogs add any predictive value to human safety,” said Dr. Polymeropoulos. “The FDA is ignoring a large body of published scientific evidence that concludes these dog studies are uninformative. It is time to demand that the pharmaceutical industry and government regulators abandon unscientific, low-resolution animal testing and adopt modern, human-based scientific methods to advance human drug safety,” Dr. Polymeropoulos continued.

The Chad Sandusky Trailblazer Award has been launched to acknowledge Dr. Polymeropoulos' groundbreaking work to modernize drug testing and improve human safety. The award is named for former Physicians Committee senior director of toxicology and research, Chad Sandusky, PhD. Dr. Sandusky’s strong belief that nonanimal testing was the way of the future led him to advocate for policies that ensured the Environmental Protection Agency and chemical companies adopted cellular and computational methods to assess chemicals. These nonanimal methods are faster and more accurate, and their implementation saves millions of animals’ lives and improves public health.

“Patients need safe and effective drugs that are developed using modern approaches to assess safety and efficacy, instead of animal tests that are based on outdated science. Dr. Polymeropoulos is pioneering a path for other pharmaceutical companies to provide what is best for human health. We are thrilled to present him with this trailblazer award, recognizing his work to move away from animal tests and advance safer, more accurate science,” said Kristie Sullivan, MPH, vice president of research policy for the Physicians Committee.

For more information or for an interview with Kristie Sullivan, please contact Donna Steele at dsteele@pcrm.org or 202-527-7342.