Help us fight COVD-19 and your gift will be doubled. | Donate Now

Request Is a Result of Harmful ‘Dietary Guideline Recommendations’ on Meat Published Oct. 1 by Annals of Internal Medicine

WASHINGTON—The Physicians Committee for Responsible Medicine, a nonprofit with 12,000 doctor members, including 531 in Pennsylvania, is filing a request for investigation today with the Philadelphia Office of the District Attorney. It asks that the office investigate potential reckless endangerment resulting from the wide dissemination, by the Annals of Internal Medicine, of “dietary guideline recommendations” that would substantially increase the risk for fatal illness.

“The journal distributed misleading and dangerous information, causing widespread misunderstandings that will affect the health of millions of people,” says Physicians Committee President Neal Barnard, MD, FACC. Specifically, the “dietary guideline recommendations” discounted the health risks of meat and processed meat and encouraged their continued consumption despite the classification of processed meat (bacon, sausage, hot dogs, ham, etc.) by the World Health Organization as a group 1 carcinogen and an abundance of research showing the ill health effects of consuming meat.

“This was the equivalent of a major medical journal announcing that ‘new guidelines’ have shown that safe sex is not necessary for good health or that individuals can continue to smoke tobacco at their average current levels,” states the investigation request.

Among other scientific evidence that illustrates the ill health effects of a diet based on red and processed meat, the investigation request highlighted the following: 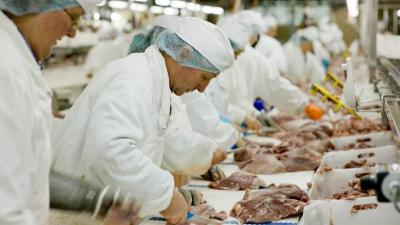 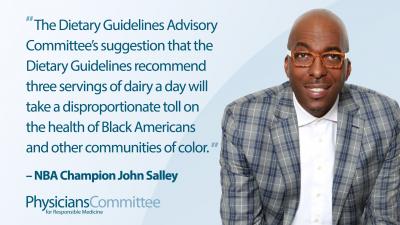