Researchers with the Physicians Committee for Responsible Medicine surveyed a total of 200 patients in two Washington, D.C., hospitals and found that:

The World Health Organization has determined that processed meat is a major contributor to colorectal cancer, classifying it as “carcinogenic to humans.” A 50-gram serving a day—one hot dog or two strips of bacon—increases colorectal cancer risk by 18%. Processed meat is also linked to stomach, pancreatic, prostate, and breast cancers, along with cardiovascular disease and type 2 diabetes.

In 2017, the American Medical Association passed a resolution urging hospitals to eliminate processed meat to promote a healthy food environment.

“Health experts have called on hospitals to eliminate processed meat from their menus to reduce the risk of cancer and cardiovascular disease,” says Neal Barnard, MD, study author and president of the Physicians Committee. “Now it’s clear that patients overwhelmingly agree that they’d like to see healthy food on their hospital trays.”

In 2019, D.C. Councilmember Mary Cheh introduced a groundbreaking bill that would require hospitals in the district to improve the nutritional quality of their menus by eliminating processed meat such as bacon and hot dogs, making plant-based options available, and reducing sugar-sweetened beverages. If passed, The Healthy Hospitals Amendment Act would become the first bill in the United States to require the removal of processed meat from health care facilities.

"It’s not uncommon for patients to wake up from surgery to be greeted with bacon and sausage—the very foods that may have contributed to their health problems in the first place,” adds Dr. Barnard. “It’s time to create a healthier food environment.”

D.C. is projected to have 131,194 cases of heart disease in 2030, nearly four times the number in 2010. Recent government statistics show that type 2 diabetes takes an extraordinarily high toll in Wards 7 and 8, where United Medical Center (UMC), one of the surveyed hospitals, is located. Statistics also show disproportionate colorectal cancer incidence in these same wards.

Read the full study in the Journal of Hospital Management and Health Policy. 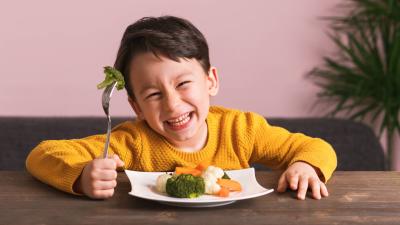