DES MOINES—Two hard-hitting billboards that directly address Gov. Kim Reynolds were installed June 29 and will remain posted until July 26 near the governor’s residence. One billboard is on Grand Avenue near 28th Street, and it is 1,179 feet from the governor’s mansion. The other billboard is on Ingersoll Avenue 300 feet east of Martin Luther King Jr. Parkway, and it is less than one-half mile from the governor’s residence. The billboards are 10 feet high and 22 feet wide and they are sponsored by the Physicians Committee—a national nonprofit of 12,000 doctors, including 77 doctors in Iowa.

The doctors group also filed a complaint June 25 with the director of the Iowa Department of Public Health, Gerd Clabaugh, MPA. Any slaughterhouses that continue to be coronavirus hotspots should be shut down immediately. The complaint argues that meatpacking facilities should be replaced with cleaner, safer facilities that produce plant-based protein. The current public health emergency highlights the need to transition the food production system away from animal agriculture. This is especially urgent since meat products increase the risk of chronic diseases, including those that have helped make covid-19 so deadly. For example, patients with high blood pressure have twice the risk of dying from the novel coronavirus, according to a study published in the European Heart Journal. Studies show that affordable, plant-based options can help people prevent and even reverse diabetes, heart disease, and high blood pressure, among other conditions.

The billboards confront the governor with the message: “Governor Reynolds: Pork Shortage? No Problem! PromotePlantProtein.org!”  The billboards show a farmer in a field of soybeans and sunflowers—both healthful sources of protein. Consumers in Iowa and elsewhere are increasingly embracing plant-based protein products like veggie dogs and veggie deli slices. These products are money-makers for the companies that manufacture them.

“Through grants and tax credits, Governor Reynolds should support companies that produce healthful, virus-free plant-based protein,” says Susan Levin, MS, RD, director of nutrition education for the Physicians Committee. “A transition from fatty pork to plant-based protein will improve heart health in the heartland, and shutting down the slaughterhouses will result in fewer coronavirus infections among workers.” One of the most profitable manufacturers of plant-based protein, Impossible Foods, reports zero coronavirus cases at its facility in Oakland, Calif.

As consumer demand rises, food companies are ramping up production of plant-based protein products. According to the Indianapolis Star, Greenleaf Foods is building a $310 million facility in Indiana to produce plant-based protein including veggie sausage. The facility is expected to hire about 460 workers in Indiana, and the state announced that it would support of the project through grants and tax credits.

In response to the popularity of plant-based protein products, Tyson Foods and other large meat processors are launching plant-based nuggets and other products. Meanwhile, facilities that produce traditional meat products are hotspots for coronavirus infections. At two Tyson meat processing facilities in western Iowa, 815 workers have tested positive for covid-19, according to a June 2 article in the Des Moines Register. 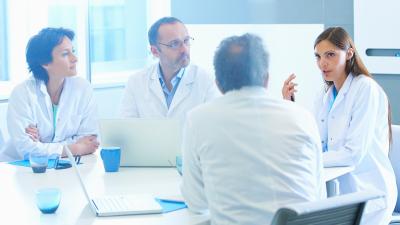