WASHINGTON—A new report shows that one in four Americans has arthritis. The reason, according to the nonprofit Physicians Committee for Responsible Medicine, may be food choices. The good news is that a plant-based diet may help.

A Physicians Committee review of clinical trials and observational studies published in in the journal Frontiers in Nutrition found that a plant-based diet may alleviate painful symptoms associated with rheumatoid arthritis.

Josh Cullimore, MD, director of preventive medicine at the Physicians Committee, has also recently reviewed research, described below, showing that eating more fruits, vegetables, grains, and beans, and fewer meat and dairy products, can be beneficial for forms of arthritis including rheumatoid arthritis, osteoarthritis, and gout.

“The evidence is overwhelming: A plant-based diet could be the prescription to help alleviate pain for the tens of millions of Americans suffering from arthritis,” says Josh Cullimore, MD, director of preventive medicine at the Physicians Committee.

Almost one-quarter of U.S. adults have arthritis, according to the latest figures from the Centers for Disease Control and Prevention. To address this worsening situation, the CDC suggests various strategies but fails to recommend a healthy plant-based diet, which has been shown to reduce obesity levels, inflammation, and arthritis progression.

Now the most common form of disability, an estimated 58.5 million adults aged 18 years or older (23.7%) suffer from a form of arthritis, which includes osteoarthritis (OA), rheumatoid arthritis (RA), gout, lupus, or fibromyalgia. Of those affected, 43.9% report that their condition affects them enough to significantly limit their activities. These figures have increased steadily over recent years, which is attributed to both an ageing population and increasing rates of obesity.

The biggest risk factor OA is obesity. In fact, for every 5 kg of weight gained over a body mass index (BMI) of 25, the risk for developing OA of the knee increases by 36%.1 Diets rich in vegetables, fruits, and fiber are associated with a significantly lower BMI.2 Two meta-analyses of randomized clinical trials showed a benefit of vegetarian, especially vegan, diets on body weight, compared with other diets.3,4 Studies have also shown the importance of weight loss in improving the symptoms of fibromyalgia and systemic lupus erythematosus in patients who are overweight.5,6

Animal products typically contain significant amounts of saturated fat and advanced glycation end products (AGEs), which can exacerbate arthritis. The participants in the Osteoarthritis Initiative who consumed the most saturated fat had a 60% greater risk for OA progression, when compared with those eating the lowest amount.7 AGEs increase stiffness and brittleness in articular cartilage, making it more prone to mechanical damage.8,9 Several over-the-counter nutritional supplements have also been found effective for OA. These include glucosamine sulfate and chondroitin sulfate, avocado and soybean unsaponifiables, curcumin, and ginger.10,12,13,14

RA may also be improved with diet changes, and some cases of complete remission have been reported. Several studies have shown that higher intakes of meat and elevated serum cholesterol concentrations are associated with increased risk of developing this disease.15,16,17,18,19 In addition, removing meat products from the diet has been shown to improve symptoms for the long term.18 A diet low in arachidonic acid, an omega-6 fatty acid found in animal products, was also found to ameliorate inflammation in patients with RA.20

Researchers in Norway found that a vegan diet led to reductions in pain, swelling, and morning stiffness, as well as improvements in C-reactive protein.21 In general, fruits and vegetables seem to be protective against the development of RA.22 Studies have shown that a higher intake of certain carotenoids found in fruits and vegetables may protect against developing RA.23,24 Foods containing beta-cryptoxanthin (e.g., citrus fruits) and zeaxanthin (e.g., green leafy vegetables) may be particularly helpful. The European Prospective Investigation of Cancer (EPIC)–Norfolk study of more than 25,000 individuals found that those consuming the highest amounts of these carotenoids had half the risk for developing inflammatory polyarthritis, compared with those consuming the least amount.25

Gout is significantly influenced by diet. Avoiding sugar-sweetened beverages, maintaining a healthy body weight, avoiding alcohol, and replacing meat with legumes and other plant products have all been shown to reduce gout risk.26,27,28,29 Foods contain compounds called purines that break down into uric acid during digestion. When there is an excess of uric acid in the body, it can from crystals in the blood that cause gout. Purines from meat and seafood are known for raising uric acid levels.30 Certain purines are less likely to yield uric acid than others, which may explain why higher consumption of soy and other legumes is shown to decrease the risk of gout.31 This may be in part to differences in bioavailability of purines from plant sources.32 In addition, many flavonoids found in legumes and other plant foods inhibit xanthine oxidase, which is the same mechanism used in some anti-gout medications.33

In summary, the evidence that plant-based diets help promote weight loss and reduce levels of inflammation mean that they should be considered as an important strategy in the prevention and management of the various forms of arthritis. 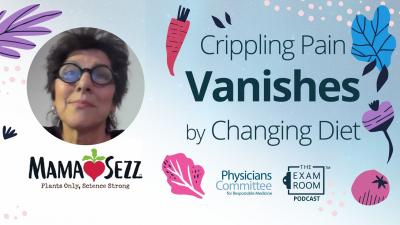 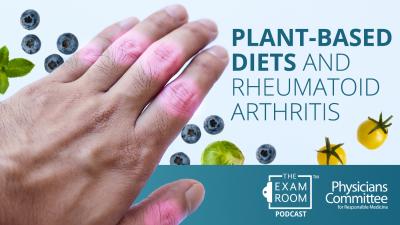 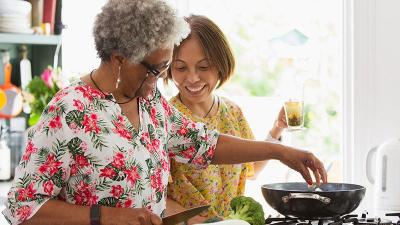