Vaccines against COVID-19 have been developed at an unprecedented pace. Pfizer and Moderna vaccines are now being administered in the United States. Others are being used elsewhere, with more to follow.

Do they work? Are they safe? Do they involve animal testing or animal ingredients? We’ll tackle all of these questions.

However, the Pfizer vaccine is fragile. It must be shipped and stored between −80 and −60 °C. When vaccines are not stored properly, they can lose their effectiveness. The Moderna vaccine can be kept at more moderate temperatures but must still be shipped and stored correctly in order to work.

The greatest unknown, however, is how long immunity may last, particularly in the face of a mutating virus. We do not yet know whether the coronavirus vaccines will be long-lasting like the Salk polio vaccine or will lose its efficacy in a matter of months, like influenza vaccines. So far, evidence suggests sustained immunity, but only time will tell.

Short-term side effects of the Pfizer and Moderna vaccines have been minimal—fatigue, headache, and muscle aches—albeit perhaps slightly more frequent with the Moderna product. Rarely, allergies have occurred, typically in people with multiple previous allergies.

Some have dismissed vaccine risks as the exaggerated fears of “anti-vaxxers.” However, vaccines do indeed have risks, just as all pharmaceuticals do, and they merit close monitoring. While the Salk polio vaccination has been shown to be extremely safe, the live attenuated (Sabin) vaccine can actually cause paralytic polio—about three cases of polio per million people vaccinated. The problem there is that the live virus used in the vaccine can revert back to a disease-causing state, leading to polio, not in vaccinated individuals but in others to whom they pass the virus. This is not a concern for the Pfizer/BioNTech or Moderna vaccines because they do not contain the virus but rather the messenger RNA “code” for the protein on the outside of the virus.

In 1976, the swine flu vaccine caused cases of Guillain-Barré syndrome, a condition of weakness caused by an autoimmune reaction to the vaccine. The syndrome is fatal in about 5% of cases and disabling in others. There were 362 cases during the first six weeks of the vaccination program, leading to its discontinuation.

Vaccine concerns have been heightened by the rush to create a workable vaccine, motivated by genuine public health concerns along with less defensible profit motives or political motives. Evidence suggests that serious long-term side effects are extremely unlikely, but there has not been enough time to tell, one way or the other. Understandably, many consumers are taking a “wait and see” attitude, deferring vaccination until more data are in.

Vaccine development usually involves years of testing, often on animals, before an investigational vaccine enters human trials. The urgency of finding a COVID-19 vaccine allowed Pfizer/BioNTech and Moderna to move into human trials with much less animal testing than would otherwise be required. However, government regulations will not allow vaccines to be administered to humans without animal testing. The Food and Drug Administration granted Emergency Use Authorizations for Pfizer and Moderna based on safety and efficacy information obtained in studies using mice, rats, hamsters, and monkeys, as well as information from human clinical trials. Given the regulations and policies that mandate animal tests, forthcoming COVID-19 vaccines will be tested on animals as well.

In addition, all batches of injectable drugs, including vaccines, are tested for pyrogenicity, that is, their tendency to cause fever as a result of bacterial contamination. Historically, such testing was conducted on rabbits. In 1977, the FDA approved a new test using the blood of horseshoe crabs (limulus), taking advantage of the fact that the crabs produce a protein that causes their blood to clot on contact with bacterial endotoxins. The test proved faster and cheaper than rabbit tests, and some argued it was more humane, so it has replaced most, though not all, pyrogenicity tests on rabbits. The crabs are taken from the sea, bled, and, in theory, returned to the sea. The test is nonetheless traumatic and as many as 30% of the animals do not survive.
A newer method, called the recombinant factor C assay, uses proteins like those from crabs but produced in the laboratory. It appears to be as accurate as the crab-based test, with fewer false positives. A second test, the monocyte activation test, is based on human blood cells. Unfortunately, in contrast with the “warp speed” of vaccine development, regulatory acceptance of the newer pyrogenicity tests has been at a horse-and-buggy pace. Vaccine manufacturers so far have not revealed their pyrogenicity testing practices, and continued use of the horseshoe crab test is likely. The Physicians Committee is working directly with regulatory agencies to push forward the proposition that batches of injectable drugs and vaccines, including those against COVID-19, should be tested without horseshoe crab blood.

Pfizer and Moderna report that their vaccines are free of animal-derived ingredients, in contrast to many other vaccines that include shark squalene, gelatin, cholesterol, egg, and milk. Pfizer has reported that its vaccine used a cow’s milk component in the manufacturing process, but the vaccine does not contain this ingredient.

Three more vaccines are currently in late-stage clinical trials, all of which are produced by cells grown in laboratories using animal products, although animal products are not in the final vaccines themselves. Complete ingredients for forthcoming vaccine candidates are not likely to be made public until Emergency Use Authorizations are submitted. Fortunately, synthetic versions of most animal-derived ingredients are readily available. The Physicians Committee continues to work with the federal government and pharmaceutical companies to promote use of these nonanimal ingredients and for other critical changes to advance science and save human and animal lives. More information about vaccine ingredients is available on the CDC’s website.

In addition to working to improve testing policies as described above and our many programs highlighting the role of nutrition in the diseases that aggravate COVID-19 mortality, the Physicians Committee and the Barnard Medical Center have internal policies for disease prevention. In addition to encouraging use of masks, social distancing, and good hygiene, we are taking steps to ensure that our medical staffers with direct patient contact have first-priority vaccine access under the new District of Columbia guidelines, and we encourage everyone else to get vaccinated as well, while respecting the fact that this is a personal decision.

Vaccines do have risks. On the other hand, the risks so far appear minimal, while COVID-19 deaths are real and climbing. The older we or our families are, the worse the odds. Unlike a diet-related disease that is largely unaffected by an occasional lapse in caution, coronaviruses take advantage of any gap they can find.

At the same time, we retain our outward focus on changing human behavior. It was apparently the cruel exploitation of animals in live markets that brought the coronavirus into human populations, and slaughterhouses were among the worst hot spots spreading the virus. The virus is likely to mutate in live markets and fur farms, while the meat and dairy industries fuel the epidemics of obesity, diabetes, and other diet-related diseases that make COVID-10 a killer. 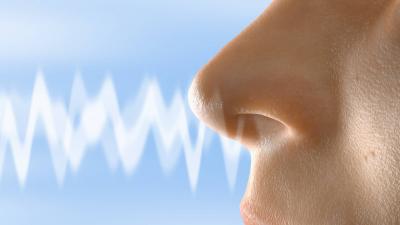 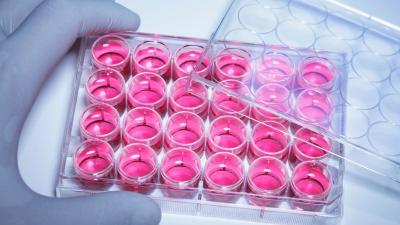