The Dangers of Industry-Influenced Nutrition Research

Cholesterol from eggs raises the risk of heart disease and early death, according to a new study in JAMA.

The news shouldn’t come as a shock. Decades of research has shown the dangers of dietary cholesterol. So what made the 2015-2020 Dietary Guidelines for Americans almost drop cholesterol warnings? Industries with an interest in keeping Americans unhealthy.

After the 2015 Dietary Guidelines Advisory Committee released its report stating that cholesterol is no longer “a nutrient of concern for overconsumption,” the Physicians Committee for Responsible Medicine filed a lawsuit in 2016 against the U.S. Department of Agriculture and the Department of Health and Human Services for violating the Federal Advisory Committee Act, which mandates that the advisory committee “will not be inappropriately influenced by the appointing authority or any special interest.”

According to documents obtained by the Physicians Committee under the Freedom of Information Act, the American Egg Board had nominated one individual placed on the Dietary Guidelines Advisory Committee. A second member was actively receiving egg-industry research grants according to industry documents, and two others worked at a university that had requested and received more than $100,000 from the American Egg Board for research aimed at challenging the cholesterol limits.

But now industry is infiltrating the 2020-2025 Dietary Guidelines for Americans. Atkins Nutritionals and the National Cattlemen’s Beef Association have both revealed the names of their nominees who made it onto the 2020 Advisory Committee, which is preparing to hold its first public hearings.

The influence of these two organizations is especially concerning when you see the list of topics the Advisory Committee will consider. It includes high-fat diets, which typically focus on red and processed meat, and low-carbohydrate diets, such as Atkins.

Low-carb, animal-based diets such as Atkins are also associated with early death. And research presented earlier this month at the American College of Cardiology’s 68th Annual Scientific Session found that low-carb diets increase the risk for atrial fibrillation, which is associated with a five-fold increased risk for stroke and may lead to heart failure.

In addition to looking at the science behind high-fat and low-carb diets, the Advisory Committee is also looking at the research on vegan and other dietary patterns to “provide independent, science-based advice in these areas related to nutrition and health from birth into older adulthood.”

The good news is that a vegan diet is beneficial from birth to adulthood. In its position paper on vegetarian diets, which I co-authored, the Academy of Nutrition and Dietetics—the world's largest organization of food and nutrition professionals—stated that “vegetarian, including vegan, diets are healthful, nutritionally adequate, and may provide health benefits for the prevention and treatment of certain diseases. These diets are appropriate for all stages of the life cycle, including pregnancy, lactation, infancy, childhood, adolescence, older adulthood, and for athletes. … Vegetarians and vegans are at reduced risk of certain health conditions, including ischemic heart disease, type 2 diabetes, hypertension, certain types of cancer, and obesity.”

For the next year, the USDA is taking public comments on the 2020-2025 Dietary Guidelines for Americans, and it’s up to us to help ensure that influence from industries pushing unhealthful foods is crowded out by calls for disease-fighting plant-based diets focused on fruits, vegetables, grains, and legumes. 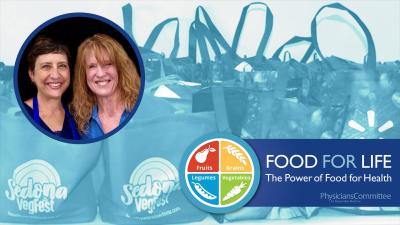 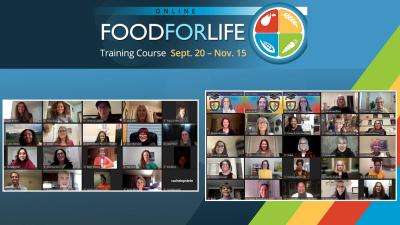