When a first radiation treatment for thyroid cancer left Linda Middlesworth of Sacramento, Calif., feeling extremely nauseous, she vowed not to have another.

Nor did she want to have her thyroid removed, as her physician recommended if she refused additional radiation treatments. When a new friend suggested that she could improve her health if she read Dr.  John McDougall’s book and followed The McDougall Program: 12 Days to Dynamic Health, “I didn’t believe it for a minute,” Middlesworth says. “But I did buy the book that same day and read it cover to cover. And then I read it again. I nearly cried reading it because he describes people like me who had cancer or diabetes but were able to improve their health by following the diet.”

Dr. McDougall’s book recommends a low-fat, starch-based vegan diet. Middlesworth tried the diet but admits that most Friday evenings she “cheated” and had a few glasses of wine and lots of french fries. Even with the cheat days, she managed to lose 25 of the 50 pounds she needed to lose. That was 33 years ago, when she was in her mid-40s and was teaching about 25 aerobics classes each week. “I also learned that you can’t exercise your way out of bad food choices,” she says.

A cancer diagnosis was also the impetus for Caryn Dugan’s foray into plant-based eating in 2008. Still reeling from her father’s death from cancer 10 weeks prior, Dugan, of St. Louis, Mo., received her malignant melanoma diagnosis. Feeling sad and overwhelmed, she began reading about how to heal and prevent cancer. Dugan found several references to plant-based eating to prevent and resolve illness. At the time, she says, “I thought, from my cold, dead hands will you take my grilled chicken.”

Having worked at a medical practice where she was taught how to review medical studies, Dugan was impressed by the number and quality of studies that pointed to a plant-based diet as a means of improving health. “I didn’t know what I was doing or how I would do it,” she says, referring to eating whole food, plant-based for the first time. She did not plan on remaining vegan but thought she would give it a try.

After several difficult weeks of trying a new way of eating during a major home renovation, her husband found a plant-based cooking class at Whole Foods. Dugan registered for the class and after a few months of seeing her enthusiasm and joy during the class, the instructor asked Dugan to be her assistant. She accepted the role and assisted for more than two years. When the instructor moved on, Whole Foods asked Dugan to take over teaching.

Dugan decided then to apply for the Food for Life (FFL) program, which was a rigorous process requiring letters of recommendation, a recording of her cooking, and at least one phone interview, because, she says, “If people are going to spend their time and money with me, I need to ante up and do something really worthwhile.” In fall of 2021, she will mark 10 years as an FFL instructor.

Dugan has been teaching at the St. Louis Cancer Support Center and through her own Center for Plant-Based Living and has a strong presence with local media who rely on her to share her enthusiasm and tasty recipes during regular segments. With the help of local TV and radio, she reaches thousands of people to introduce them to the idea of plant-based eating. The FFL classes have allowed her to help people on a deeper level, over weeks and months.

Middlesworth became an FFL Instructor in 2012. “I knew I wanted to pay it forward to other people, but I am not a doctor or a nutritionist,” Middlesworth explains. “The Food for Life program was just what I needed because it gives me the expertise and backing of people like Dr. Barnard when I am talking with my clients.”

Both Dugan and Middlesworth have several compelling stories of FFL students who have made miraculous health improvements. Dugan cites a father and son who together lost 160 pounds and are now maintaining a healthy weight. Middlesworth mentions that a woman started her class while obese and using a wheelchair. With the help of the classes and a new way of eating, she has had significant weight loss such that she no longer needs the wheelchair.

For both women, a cancer diagnosis was the catalyst for pursuing a whole food, plant-based diet. Today, Dugan and Middlesworth are healthy and cancer free. They give a great deal of credit to the food they eat.

“I think that had I not changed my food, I would not be here today, and that’s kind of important because I want to be here,” Middlesworth says. “I want to live and thrive and feel great, and the food change has meant life and death for me. I feel stronger today at 77 than I did when I began this at age 44.” Middlesworth still teaches aerobics a few times each week.

A desire to share their good fortune, improved health, and new-found knowledge with others compelled them to become FFL instructors. In 2021 and 2022, Dugan and Middlesworth, respectively, will celebrate a decade with the program. Congratulations, Caryn Dugan and Linda Middlesworth! 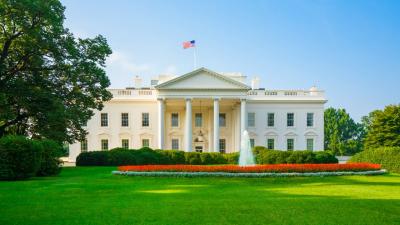 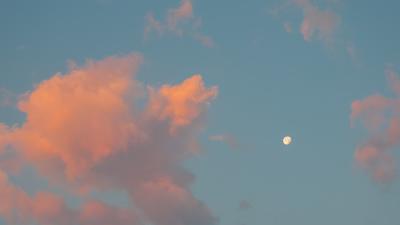