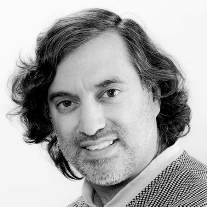 Dilip Barman has been involved with plant‐based lifestyle for decades. He is President of the Triangle Vegetarian Society in North Carolina where he hosts the country’s largest vegetarian (all vegan) Thanksgiving. He is a Food for Life instructor (and has a promotional video); Food for Life is a nutrition education program of the Physicians Committee, a non‐profit organization with a goal of improving lives through evidence‐based research in food and nutrition. Dilip is Executive Producer of the film Code Blue that shows how lifestyle choices can profoundly affect health; the film had its international release on May 26, 2020.

Dilip is on advisory boards of the Plant‐Based Network, Rochester Lifestyle Medicine Institute, and Piedmont Farm Animal Refuge; a “Vegan Information Point” and Speaker Bureau member of the American Vegan Society; North American representative of the International Vegetarian Union; and an Affiliate of the American College of Lifestyle Medicine. He has given cooking demonstrations and talks in a number of countries and states (see, for example, a May 2021 magazine article (forthcoming), a January 2021 chef interview, an October 2018 panel discussion, a June 2017 interview about children and health, a February 2016 podcast interview, an October 2011 World Vegetarian Festival cooking presentation, and March 2011 podcast). His recipes have appeared in a variety of local and international news programs, books, magazines, newspapers, and online, such as a video and subsequent published recipe of his signature dish jerk seitan. Dilip teaches at a number of local schools, including as Nutrition Education Director of an elementary and middle school where he has created a Healthy Snack Program to provide nutrition education and, several times a week, healthy plant‐based food for children.

In May 2020 Dilip helped to found a monthly internet show So Many Cooks in the Kitchen where a dozen or more whole food plant‐based Food for Life instructors go kitchen‐to‐kitchen sharing nutrition and food preparation tips. The show, as well as a spinoff that began in August 2020, So Many Kids in the Kitchen, has been picked up by the Plant-Based Network.

Dilip writes on plant‐based eating and lifestyle for a local online periodical, The Local Reporter and for the Plant‐Based Network’s member magazine, and is a features writer for a regional magazine, Saathee, serving the South Asian community of the Southeast (US). Dilip is proud never to have repeated a meal for his wife in over sixteen years of knowing her (since mid‐2004); he blogs about his plant‐based creations. He tweets (about whole food plant‐based eating and nutrition, as well as math, which he also teaches, and other topics) @dbarman.


Serving cities and surrounding areas of Chapel Hill, Durham, Raleigh, and all areas within the “Triangle” area of North Carolina

Food for Life at Century Center