Food and Mood: Eating Plants to Fight the Blues

Nearly 8 percent of Americans over the age of 12 experience depression.1

For many people, depression poses a major obstacle to accomplishing even the simplest of tasks and can contribute to chronic diseases or exacerbate existing health problems. Luckily, evidence suggests dietary changes can improve mood and quality of life without the need for medication.
A study published in the British Journal of Psychiatry analyzed the dietary patterns and risk of depression in 3,486 participants over a five-year period. Individuals eating whole foods reported fewer symptoms of depression compared to those who ate mostly processed foods.2 Additionally, when comparing a vegetarian versus omnivorous diet, vegetarians reported more positive moods than meat eaters, according to a study published in Nutrition Journal.3

Both the protective effects of fruits and vegetables and the harmful effects of animal foods play a role when it comes to diet and mood. Previous research linked depression to inflammation in the brain and chemical imbalances of neurotransmitters. Plant foods are high in antioxidants and phytochemicals, which generally help to repair damage and decrease inflammation in brain cells. In addition, plant foods can help restore balance to neurotransmitters. Many people suffering from depression have elevated levels of an enzyme called monoamine oxidase (MAO).4 This enzyme breaks down serotonin, dopamine, and norepinephrine—neurotransmitters which help regulate mood. High MAO levels lead to low levels of these specific neurotransmitters, causing depression. The phytochemical quercetin, found only in plant foods, acts as an MAO inhibitor.5 Working much like a natural antidepressant, quercetin can increase the amount of serotonin, dopamine, and norepinephrine in the brain. Foods with high levels of quercetin include apples, kale, berries, grapes, onion, and green tea.6
Arachidonic acid, a type of fat found only in animals, serves as a precursor to inflammatory chemicals in our bodies. By eating foods high in arachidonic acid, such as chicken, eggs, and other animal products, we set off a cascade of chemical reactions in our body. These reactions lead to an increase in inflammatory mediators circulating in the bloodstream.7 The result is general inflammation, or an overreactive immune response. When inflammation reaches the brain, subsequent feelings of anxiety, stress, hopelessness, and depression arise.8 Individuals who avoid foods high in arachidonic acid tend to report a happier, more positive mood.3 Eliminating inflammatory animal foods from the diet ensures not only physical health, but mental health as well.

Common advice on nutrition and depression is to increase consumption of omega-3 fatty acids, generally through fatty fish. While the anti-inflammatory effects of omega-3 fatty acids are valid, evidence supports that a diet free of fish and all animal products is optimal for mood improvement. A randomized controlled trial presented at the American Public Health Association’s annual conference in 2009 assigned participants to three groups. The control group maintained a diet with regular intake of animal products, the fish group consumed three to four servings of fish and shellfish per week but restricted meat and poultry, and the vegetarian group restricted most animal products. The trial lasted only two weeks and showed the vegetarian group to have statistically significant improvements in Profile of Mood Scores (POMS) and on the Depression Anxiety and Stress Scale (DASS). While participants in the fish group increased their intake of omega-3 fatty acids, arachidonic acid levels remained higher than those following a vegetarian diet. Their mood scores showed no significant change from baseline.9
A cross-sectional study on Seventh-day Adventists found similar results. Despite lower levels of omega-3 fats, eicosapentaenoic acid (EPA) and docosahexaenoic acid (DHA), in their diets, Adventists following a vegetarian diet reported a more favorable mood profile than their omnivorous counterparts. Even though fish contain healthy EPA and DHA fats, they also contain unhealthy fats. Dietary EPA and DHA intake failed to compensate for the harmful effects of arachidonic acid, cholesterol, and saturated fat.3 Since a well-planned vegan diet contains alpha-linolenic acid (ALA), which the body is able to convert into EPA and DHA, there is no need to consume it from animal sources. Plant sources of ALA include walnuts, flax seeds, chia seeds, and leafy green vegetables.

The brain uses the amino acid tryptophan to produce serotonin, a neurotransmitter largely responsible for feelings of happiness and well-being. Plant-based sources of tryptophan include leafy greens, sunflower seeds, watercress, soybeans, pumpkin seeds, mushrooms, broccoli, and peas.
While meats such as turkey also contain the amino acid, the body can have a difficult time converting it to serotonin. Competition from other amino acids prevents tryptophan from entering the brain, resulting in low serotonin production. A high-protein meal, thus, leads to more amino acids in the blood stream and more competition for tryptophan to enter the brain.
Scientists have found meals rich in carbohydrates promote an increase in insulin production, allowing muscle cells to absorb competing amino acids. This makes it easier for tryptophan to cross the blood-brain barrier, increasing serotonin levels in the brain.10 This may explain the association between depression and carbohydrate cravings. A diet high in protein and animal foods can limit serotonin production. A healthy approach for ideal levels of tryptophan in the brain is to focus on plant proteins along with generous amounts of complex carbohydrates, such as vegetables, fruits, whole grains, and legumes. With this pattern in place, there is sufficient serotonin produced to maintain feelings of well-being. This serves as yet another reason why a plant-based diet is ideal for mental health.

Depression can take a serious toll not only on emotional well-being, but also on health care costs and workplace productivity. Antidepressants come with side effects and often lead to more serious depression after stopping the medication.11 As antidepressants are often long-term medications, their costs add up significantly over time and can become a lifelong expense. In addition to personal expenses, depression causes the loss of an estimated 200 million workdays each year, costing employers between $17 and $44 billion. In terms of health care costs, depression is said to be responsible for $83 billion each year due to increased medical expenses and lost productivity.12
Encouraging plant-based eating patterns in the workplace can help curb these expenses. Research that looked at the impact of diet on emotional well-being and productivity at 10 corporate sites of a major U.S. insurance company found that a plant-based dietary intervention led to significantly reduced feelings of depression, anxiety, and fatigue. The intervention group who followed a vegan diet also reported significant gains in emotional well-being and in daily functioning due to physical health and general health compared to the control group.12 These findings suggest that changes in dietary habits can have a positive effect on both individual and societal levels by improving quality of life, increasing productivity, and decreasing health care costs.
In a given year, as many as 19 million Americans suffer from depression.12 Others suffer from anxiety, stress, and emotional instability. The magnitude of our mood has far-reaching implications, from our ability to focus at work to maintaining healthy relationships. Rather than resorting to medications, following a plant-based diet, rich in antioxidants and polyphenols from fruits and vegetables, can serve as an inexpensive, natural, and noninvasive therapeutic means to support mental health.

More on Mood and Food 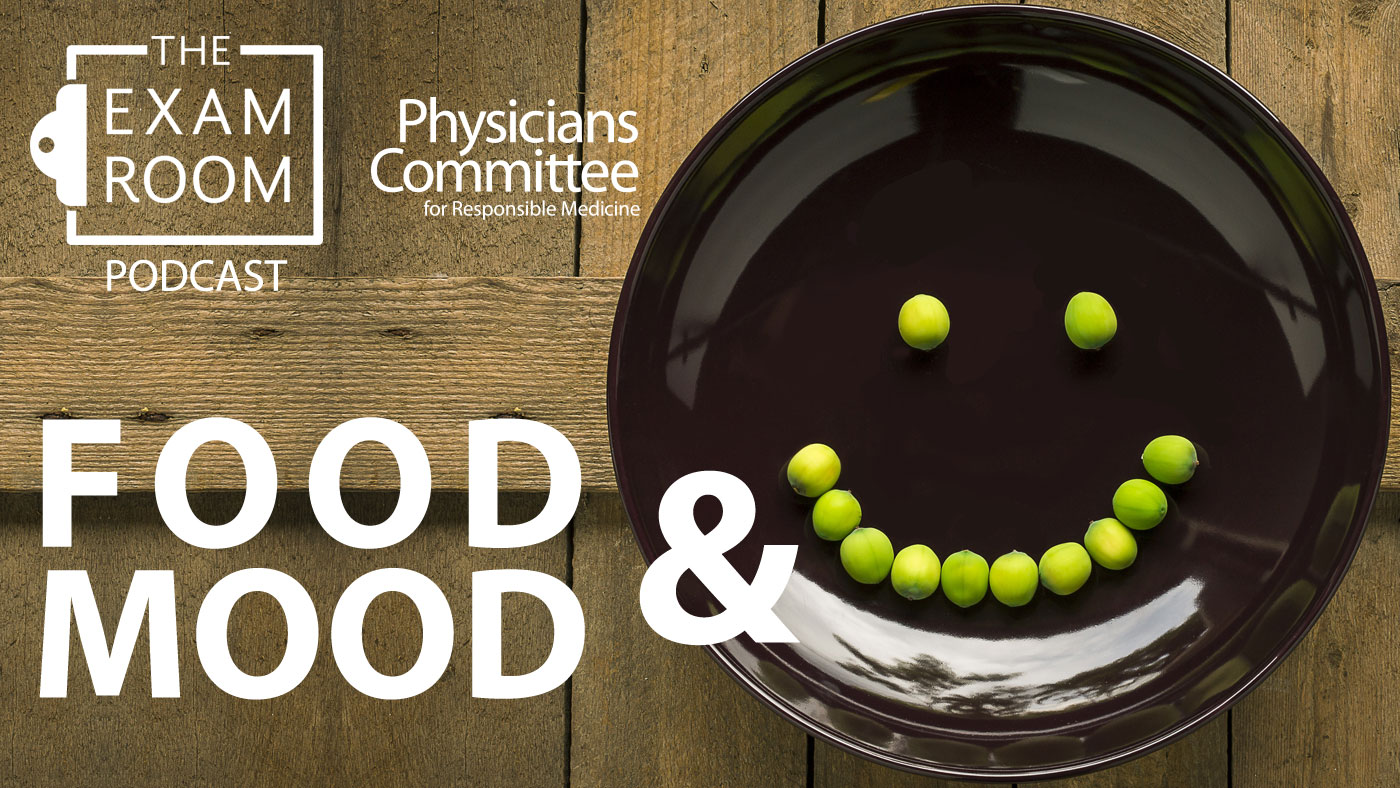 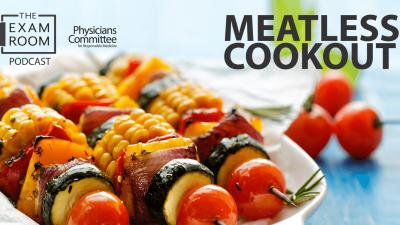 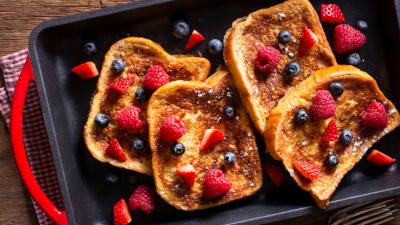 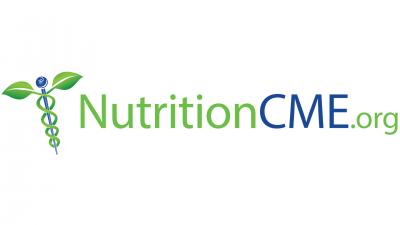