Updated March 15, 2018
WASHINGTON—Riley Hospital for Children in Indianapolis and Kentucky Children’s Hospital in Lexington have made patient menus more healthful by removing cancer-causing hot dogs, among other improvements. Hot dogs should not be served to patients because they are the  No. 1 choking risk for children and are linked to an increased risk of colon cancer says the Physicians Committee—a nonprofit of 12,000 doctors. Indiana and Kentucky have high death rates from colorectal cancer, according to the Centers for Disease Control and Prevention.

These menu upgrades align with a policy issued recently by the American Medical Association (AMA). The policy calls on hospitals to eliminate hot dogs and other processed meats, a directive that is supported by strong scientific evidence. The World Health Organization warns that processed meats are “carcinogenic to humans” and there is no amount safe for consumption.

The ads feature a photograph of a girl holding a hot dog with the words “Choking Risk Now, Cancer Risk Later?” Viewers are urged to “Ask your local hospital to protect patients from #HazardousHotDogs! www.MakeHospitalsHealthy.org.”  Three bus shelter ads went up Feb 16 near Riley Hospital for Children in Indianapolis. Also in mid-February, Physicians Committee placed the #HazardousHotDogs ad inside all 39 available buses in Lexington’s fleet. The ads will remain posted until March 18, 2018. March is colorectal cancer awareness month.

In March 2017, the University of Mississippi Medical Center (UMMC) in Jackson, Miss., announced it would remove hot dogs from its patient menus. This places the four hospitals on the UMMC campus on the path toward compliance with the AMA’s recommendation on processed meat. Arkansas Children’s Hospital has also improved its food environment by eliminating #HazardousHotDogs.

To prompt these changes, the Physicians Committee put up a billboard near UMMC’s Batson Children’s hospital and placed bus interior advertisements in the 44 available buses in Little Rock’s fleet.

A recent report by the American Institute for Cancer Research and the World Cancer Research Fund analyzes global research and finds that “… hot dogs and other processed meats increase risk of colorectal cancer, eating more whole grains and being physically active lowers risk.”

Patients and health care providers are often concerned that healthful foods are more expensive, but a recent study shows that healthful, disease-fighting food can be inexpensive. Published in Journal of Hunger & Environmental Nutrition, the study finds that omnivores can save $750 a year by simply switching to a plant-based diet. 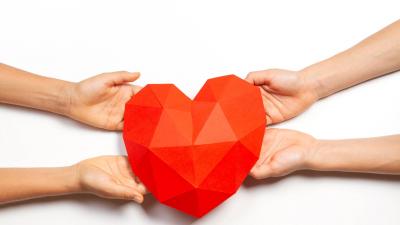