Columbia, S.C.—As the Atlantic hurricane season gets underway, a nonprofit doctors group—including 152 SC doctors—has posted three billboards near the residence of South Carolina Governor Henry McMaster. The three billboards were installed June 7, and they will remain posted until July 4.  They are located on Main Street near Bryan St., at 2008 Taylor St., and at 2322 Main St.

As reported by The State, WACH-TV, and other news outlets, the billboards directly address the governor: “Governor McMaster: Concerned About Flooding as Temperatures Rise? Incentivize: CropsNotCattle.org!” The billboards are sponsored by the Physicians Committee, a nonprofit of 17,000 doctors including 152 in South Carolina.

The Physicians Committee also filed a complaint on June 3 with Tom Mullikin, chair of the South Carolina Floodwater Commission. The Floodwater Commission must act soon to reduce methane emissions from massive livestock operations, because methane from beef cattle and dairy cows is a potent planet-warming gas. Warmer temperatures can lead to heavier rainfall, melting ice, sea level rise, flooding, and more intense storms and hurricanes. According to The State newspaper, “Scientific research suggests South Carolina is feeling the effects of climate change…”

In addition to addressing climate change, increasing the amount of land devoted to food crops would have immediate benefits. For example, agricultural fields can decrease wind destruction from hurricanes and storms, according to a study published by an atmospheric scientist at the University of Alabama in Huntsville. Trees can be planted to manage flooding, and fruit and nut trees can be used for this purpose while providing income to the farmer.

Starting with the largest farms, farmers should receive incentives to transition to food crops that are profitable in South Carolina. According to the most recent U.S. Department of Agriculture (USDA) Census of Agriculture, there are 326,114 cattle and calves in South Carolina, all of whom produce methane, a heat-trapping greenhouse gas. The U.S. Environmental Protection Agency lists 201 Concentrated Animal Feeding Operations (CAFOs) in South Carolina.

In a letter to Gov. McMaster, a South Carolina group called the Senior Conservation Leadership Alliance stated, “It is hard to disassociate our mounting flooding problems from climate change…Scientifically, it is a pretty much-uncontested fact that climate change is greatly responsible for increased flooding through sea level rise and amplified storm intensity.”

Crops that are grown in South Carolina include cantaloupes, collards, pecans, and black-eyed peas, according to the USDA Census of Agriculture.  Black-eyed peas, used in many southern dishes, are an excellent source of protein, iron, and other nutrients. Motivated by concern about climate change as well as a desire to improve personal health, consumers in South Carolina and elsewhere are increasingly embracing oat milk and other plant-based products. According to Agri-Pulse, companies that make plant-based milk and other products have been relying on imported crops for the ingredients they need and they hope that more U.S. farmers will start growing peas, beans, and other commodities.

In response to severe flooding from Hurricane Floyd, the North Carolina Department of Agriculture and Consumer Services launched a voluntary “Swine Floodplain Buyout” program that helped hog farmers in the floodplain transition to “other agricultural production operations such as…row-crop/hay production and vegetable farming.” The program also requires “implementation of a permanent 50-foot-wide forested riparian buffer on all perennial and intermittent streams.” The North Carolina program was popular with farmers, and farmers in South Carolina may likewise welcome government incentives. 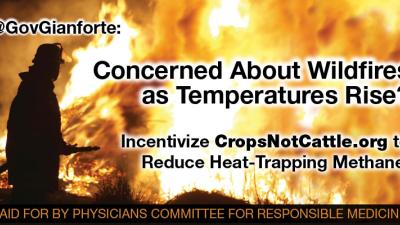 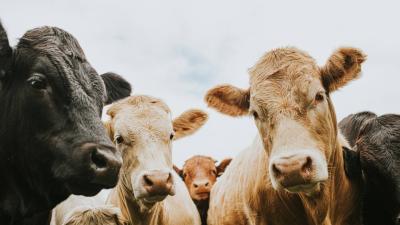