Plant-Based Diet Ramps Up Metabolism, According to New Study

A plant-based diet boosts “after-meal burn,” leads to weight loss, and improves cardiometabolic risk factors in overweight individuals, according to a new randomized control trial published in JAMA Network Open by researchers with the Physicians Committee for Responsible Medicine.

The study randomly assigned participants—who were overweight and had no history of diabetes—to an intervention or control group in a 1:1 ratio. For 16 weeks, participants in the intervention group followed a low-fat, plant-based diet based on fruits, vegetables, whole grains, and legumes with no calorie limit. The control group made no diet changes. Neither group changed exercise or medication routines, unless directed by their personal doctors.

Researchers used indirect calorimetry to measure how many calories participants burned after a standardized meal at both the beginning and end of the study. The plant-based group increased after-meal calorie burn by 18.7%, on average, after 16 weeks. The control group’s after-meal burn did not change significantly.

“These findings are groundbreaking for the 160 million Americans struggling with overweight and obesity,” says study author Hana Kahleova, MD, PhD, director of clinical research for the Physicians Committee. “Over the course of years and decades, burning more calories after every meal can make a significant difference in weight management.”

Within just 16 weeks, participants in the plant-based group lowered their body weight by 6.4 kg (about 14 pounds), on average, compared to an insignificant change in the control group. The plant-based group also saw significant drops in fat mass and visceral fat volume—the dangerous fat found around the internal organs.

The researchers also tracked intramyocellular lipid and hepatocellular lipid—the accumulating fat in muscle and liver cells—in a subset of participants using magnetic resonance spectroscopy. Those in the plant-based group reduced the fat inside the liver and muscle cells by 34% and 10%, respectively, while the control group did not experience significant changes. Fat stored in these cells has been linked to insulin resistance and type 2 diabetes.

“When fat builds up in liver and muscle cells, it interferes with insulin’s ability to move glucose out from the bloodstream and into the cells,” adds Dr. Kahleova. “After just 16 weeks on a low-fat, plant-based diet, study participants reduced the fat in their cells and lowered their chances for developing type 2 diabetes.”

The plant-based group also reduced total and LDL cholesterol by 19.3 mg/dL and 15.5 mg/dL, respectively, with no significant changes in the control group.

“Not only did the plant-based group lose weight, but they experienced cardiometabolic improvements that will reduce their risk for type 2 diabetes, heart disease, and other health problems,” says Dr. Kahleova.

“I plan to stay on this diet for good. Not just for 16 weeks, but for life,” reports study participant Sam T., who lost 34 pounds and improved his metabolism during the 16-week study. Since the study has concluded, Sam has continued a plant-based diet, reached his goal weight, and began running half-marathons and marathons.

More on Our Research 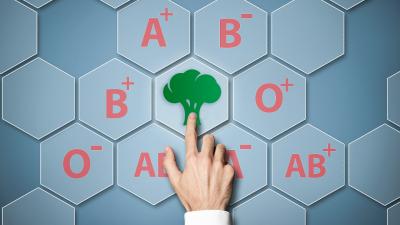 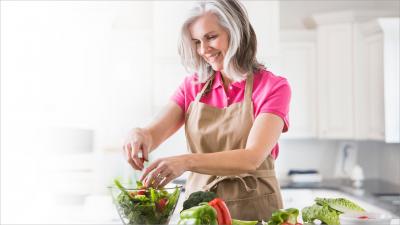 Meal Timing and Frequency Correlate with Changes in BMI, According to 7-Year Review of 50,000 People in the Adventist Health Study 2