WASHINGTON—The Physicians Committee for Responsible Medicine filed a lawsuit on Sept. 22, 2020, against the Food and Drug Administration (FDA) for failing to respond to a petition that asks the agency to require cheese manufacturers to add the following warning label on all dairy cheese products: “Dairy cheese contains reproductive hormones that may increase breast cancer mortality risk.”

The petition, which was filed on Oct. 3, 2019, cites several studies linking consumption of cheese and other dairy products to increased risk of breast cancer.

A 2017 study funded by the National Cancer Institute that compared the diets of women diagnosed with breast cancer to those without breast cancer found that those who consumed the most American, cheddar, and cream cheeses had a 53% higher risk for breast cancer. The authors say that components in dairy such as insulin-like growth factor (IGF-1) and other growth hormones may be among the reasons for the increased risk for cancer.

The lawsuit also includes claims against the Department of Health and Human Services (HHS), which oversees the FDA, for failing to respond to two Freedom of Information Act appeals for records relating to conflicts of interest and financial disclosures for members of the 2015 Dietary Guidelines Advisory Committee (DGAC). HHS and the U.S. Department of Agriculture (USDA) selected the members of the 2015 DGAC. DGAC members are often nominated by the dairy, egg, and meat industries, but their relationships are not always transparent.

The lawsuit says, “The 2015 Dietary Guidelines state that ‘[b]reast cancer is the third leading cause of cancer death in the United States’ and acknowledge evidence ‘that healthy eating patterns also are associated with a reduced risk of . . . postmenopausal breast cancers[.]’ … Yet the document’s ‘Healthy U.S.-Style Eating Pattern’ recommends consuming three cups of dairy per day, which can increase breast cancer risk.” 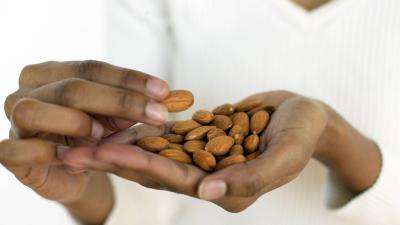 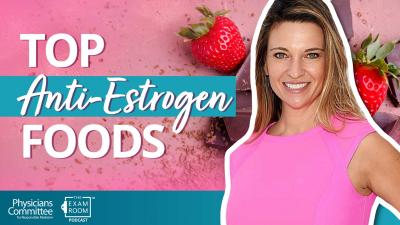