Detroit-Born Legend Lily Tomlin is Denouncing the Deadly Experiments on Dogs; Doctors Will Deliver Her Statement to President of WSU April 8

“Heart failure experiments on dogs have failed to find treatments for patients,” says cardiologist John Pippin, M.D., F.A.C.C. of the nonprofit Physicians Committee. “Doctors and Detroiters can agree it’s time to halt the dead-end dog experiments and switch to research that will benefit people.”

A Michigan judge has ruled in favor of the Physicians Committee and ordered Wayne State to provide medical records and other documents relating to the dog experiments.

The documents reveal that Squiggy, a white hound with brown patches, experienced five major surgeries and was forced to exercise on a treadmill. Four wires were attached to his heart so that experimenters could artificially induce heart failure by speeding his heart to 285 beats per minute, up from a normal 88 beats per minute. While suffering numerous painful procedures and complications, Squiggy was twice given a pain medication that he was allergic to. Squiggy’s eight months in Wayne State’s laboratory failed to provide any data that would lead to treatments for human patients.

Epidemiological studies, such as the Framingham Study and many others, continue to give researchers insight into the causes of heart disease, while human clinical trials provide treatment and prevention options. The National Institutes of Health should fund only human-relevant research. 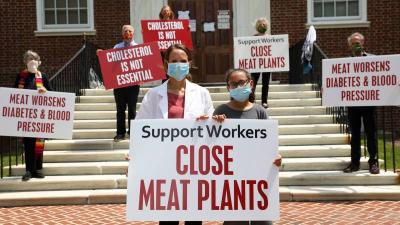 Nurses and Dietitians Called On Delaware Governor To Shut Down Slaughterhouses 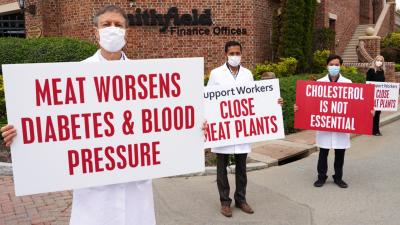 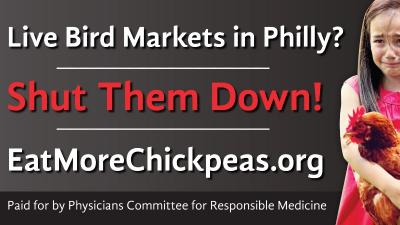