The paper is a scientific report from a September 2014 workshop titled Adverse Outcome Pathways: From Research to Regulation, which was co-organized by Kristie Sullivan, M.P.H., Physicians Committee director of regulatory testing. Sullivan also chaired a breakout group at the meeting and co-authored the workshop report.

“The new catchphrase for cutting-edge chemical testing among toxicologists is adverse outcome pathways,” says Sullivan. “Our goal is to educate health professionals—from clinicians to chemists—about this groundbreaking chemical hazard assessment tool to advance its development and use.”

An AOP is an organized collection of existing data on how exposure to a particular chemical may trigger a series of biological changes in the body resulting in illness or injury to an individual (human or animal) or population.

Each AOP outlines a process that includes:

A single chemical may set several AOPs in motion, each ending with different AO—depending on the dose or other factors, like the age or health status of the organism. AOPs may also overlap with each other. This complexity has the potential to better protect people, but also requires building a network of scientific information.

Scientists can then use the AOP to identify specific KEs that are most likely to lead to a particular AO. A chemical can then be tested for these KEs. Defining which KEs to test for allows the scientists to choose the most needed tests, which can increase testing speed, lower costs, and reduce animal testing.

The three-day meeting, which was at the National Institutes of Health in Bethesda, Md., and attended by 120 scientists and viewed remotely by 350 more participants, included a demonstration of the AOP Wiki and Effectopedia and discussions on AOP case studies, AOPs in development, and the process of regulatory acceptance.

The Organisation for Economic Cooperation and Development (OECD), which sets chemical testing guidelines worldwide, is developing and recording a network of AOPs using crowdsourced information technology tools including the AOP Wiki and Effectopedia. Physicians Committee scientists have held the secretariat position of the International Council on Animal Protection in OECD Programmes since 2006. Through ICAPO, the Physicians Committee works together with the OECD and other groups to develop and promote the OECD’s AOP program to other scientists throughout the globe. Sullivan has led a team of international experts to develop an AOP that will pave the way for regulatory acceptance of nonanimal respiratory sensitization testing methods.

Other meeting presenters and report authors include experts from the National Institute of Environmental Health Sciences, Integrated Laboratory Systems Inc., the Environmental Protections Agency, the Food and Drug Administration, the ILSI Health and Environmental Sciences Institute, the U.S. Consumer Product Safety Commission, the Dow Chemical Company, and the European Commission.

The meeting concluded with recommendations for increased collaboration—especially in fields outside of toxicology—and for working groups to be established to prioritize and develop AOPs.

Sullivan will present “Introduction to Adverse Outcome Pathways and International Activities Guiding AOP Development,” as part of a continuing education program at the Society of Toxicology 55th Annual Meeting, March 13-17 in New Orleans. 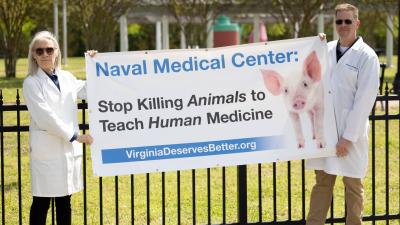