Those who follow a vegan diet are less likely to have cardiometabolic risk factors, compared with those who consume omnivorous diets, according to a new meta-analysis. Researchers analyzed 40 studies from more than a dozen countries to compare outcomes for people consuming vegan diets with those consuming omnivorous diets and found that people following vegan diets consumed fewer calories and less saturated fat and had lower body mass, LDL cholesterol, triglycerides, blood pressure, and fasting blood glucose, compared with controls. In Taiwan, there were fewer differences between the vegan and non-vegan groups. The authors suspect those defined as vegans in Taiwan adhere less strictly to a vegan diet while the omnivores there consume fewer animal products, compared with populations in other countries. 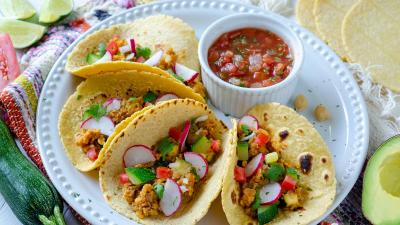