A plant-based diet can reduce the risk of breast cancer, according to a new study published online in the American Journal of Clinical Nutrition. Researchers followed 91,779 current and retired California teachers for 14 years. Those who had a predominantly plant-based diet had a 15 percent reduced risk of breast cancer compared with those who did not include abundant fruits and vegetables in their diets. The data showed a 34 percent decrease in the risk for a particular type of breast cancer, called estrogen and progesterone receptor negative, for those following a predominantly plant-based diet. In addition, researchers found that a diet including abundant fish and wine increased by 29 percent the risk of a different type of breast cancer, called estrogen and progesterone receptor positive. 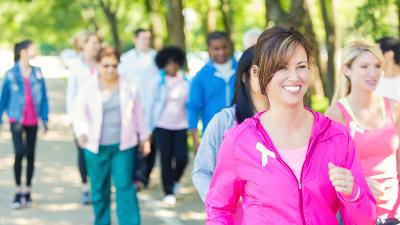