What if the Whole World Went Vegan?

What if the whole world went vegan? It’s an intriguing idea that would impact both our health and that of the environment. Indeed, it would be a win-win!

In this episode of The Exam Room™ podcast, Neal Barnard, M.D., joins “The Weight Loss Champion” Chuck Carroll to discuss the enormous environmental implications of adopting a plant-based diet. Thirty percent of total greenhouse gas emissions can be attributed to food production, with animal products accounting for the majority of that, according to leading scientific researchers. And that’s just the tip of the iceberg!

Dr. Barnard and Chuck also review a study where researchers determined what would happen if everyone on the planet adopted a plant-based diet by 2050. What they found will not only help the environment and improve human health, but it can also save more than a trillion dollars.

Then, Chuck sits down with Gwyn Whittaker who left a lucrative career in the IT and national security fields behind after prematurely losing her fiancé to heart attack. She now devotes her time to improving the health and quality of life of others so they don’t have to suffer the same loss. Gwynn has opened a whole-food, plant-based restaurant, GreenFare Organic Café, in the suburbs of Washington, D.C., where hundreds have completed the Physicians Committee’s 21-Day Vegan Kickstart that is offered there.

Gwynn is also gearing up for Fairfax VegFest on April 13 where Dr. Barnard, James Loomis, M.D., and T. Colin Campbell, Ph.D., will be speaking. Dietitian and frequent guest of The Exam Room, Lee Crosby will also be lecturing on “The Truth About Keto Diets,” and Chuck will be recording episodes of the podcast live! 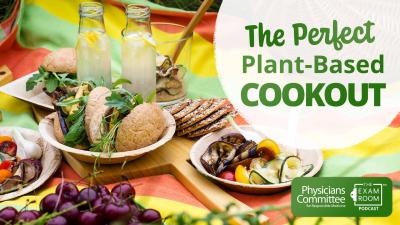 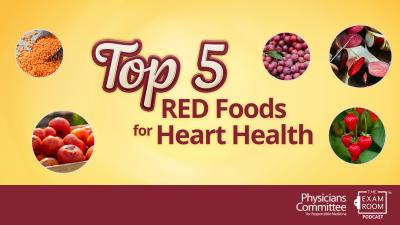