Family History, Not Your Destiny: Taking Control of Your Health

Many of us fear that if a disease runs in the family, we will get it and there is nothing that we can do. It’s as if our fate is already sealed.

However, on this episode of The Exam Room™ podcast, "The Weight Loss Champion" Chuck Carroll is joined by Jill Erickson and her husband Joel, who share their stories proving that doesn’t have to be the case. Colon cancer runs in Jill’s family—her mom, aunt, and cousin all had it. When it hit particularly close to home, she turned to her husband, Joel, and said that she knew that she would die from it as well and that it was only a matter of time.

Then something happened one Sunday afternoon. Armed with a big bowl of snacks and the TV remote, she sat down on the couch expecting to burn brain cells and get a few hours closer to an inescapable diagnosis. Instead, she stumbled across a certain documentary on Netflix and began learning about the benefits of a plant-based diet. Suddenly, she realized that her family history of cancer did not have to be her destiny.

The importance of nutrition became even more paramount when Joel suffered a “widow maker” heart attack. That is when they pledged to take their plant-based lifestyle to a new level and have never looked back. They are now even teaching cooking classes and passing along what they have learned through their company Rooted Green Wellness and the Food For Life program.

This is a story of love, triumph, health, and revelations.

Plus, Neal Barnard, MD, answers a question from someone new to eating a vegan diet. They are worried that they won’t be able to get the same nutrients found in one particular non-plant-based food without abandoning their newly adopted way of eating. Can they still reap the benefits and keep it plant-based? Dr. Barnard has the answer! 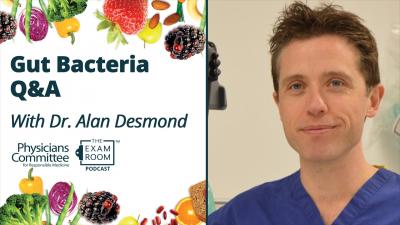 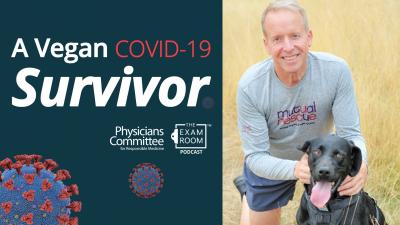 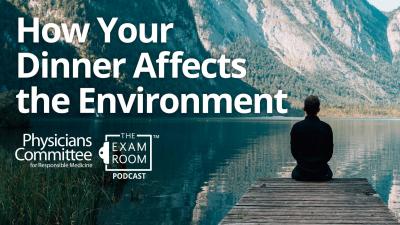 How Your Dinner Affects the Environment