How Your Gut Bacteria Can Help Stop Your Food Cravings

Previous research showed that a fiber called inulin can stimulate the gut bacteria to produce a short-chain fatty acid called propionate, which can in turn signal to the brain to reduce one’s appetite. In 2013, another study also showed that inulin-propionate ester, which induces the gut bacteria to produce even more propionate, can help volunteers prevent weight gain even more than inulin. To determine where propionate is acting in the brain  to curb food cravings in humans, researchers from the Imperial College London, the University of Glasgow, and University of West Scotland administered a milkshake to 20 volunteers containing either inulin or inulin-propionate ester. Then they monitored the volunteers by MRI imaging while they were being shown pictures of food. They found that, compared to people to drank inulin, people who drank the inulin-propionate ester have less activity in the reward center of the brain called the caudate and the nucleus accumbens when they were shown high-calorie but not low-calorie foods. This latter group also rated the high-calorie foods less appealing and ate less food per meal. This study clearly illustrates how feeding high-fiber foods (e.g., beans, fruits, and vegetables) to gut bacteria can influence eating habits and health.

Areas of the brain associated with food cravings. The areas marked in blue and yellow - called the caudate and the nucleus accumbens - showed reduced activation to high-calorie foods when the volunteers took the propionate food supplement. 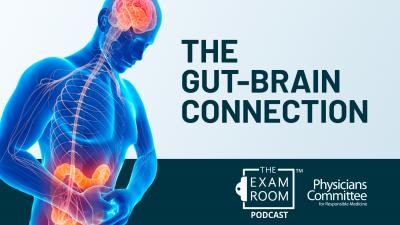 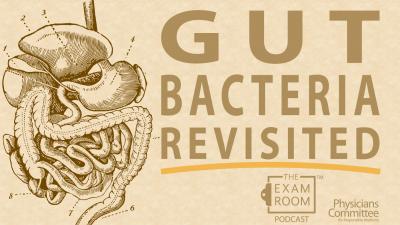 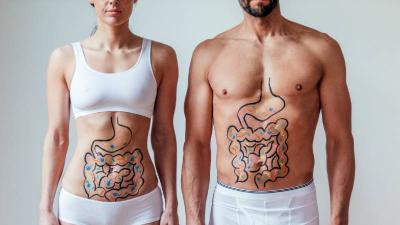