Keep Low-Carb Diets out of Dietary Guidelines for Americans

The DGAC is working on a scientific report that will shape the upcoming Dietary Guidelines, which are scheduled to be released in late 2020 or early 2021.

In July, Susan Levin, MS, RD, director of nutrition education for the Physicians Committee, testified before the DGAC. She recommended that the Dietary Guidelines ditch the dairy to help Americans fight heart disease, cancer, and lactose intolerance.

Following is an excerpt of the Mr. Nguyen’s testimony:

I’d like to discuss the risks of low-carbohydrate diets, specifically, diets that decrease carbohydrates while increasing intakes of protein and fat. Despite incomplete and conflicting data regarding their long-term effects on health outcomes, people continue to adopt them with misguided hopes.

Low-carbohydrate diets tend to result in reduced intake of fiber, an underconsumed nutrient, and increased intake of animal protein, cholesterol, and saturated fat, all of which are overconsumed by Americans and risk factors for mortality and cardiovascular disease.

A prospective cohort study and meta-analysis published in The Lancet in 2018 investigated the association between dietary carbohydrate intake and mortality and found that mortality increased when carbohydrates were exchanged for animal-derived fat or protein, and mortality decreased when the substitutions were plant-based.

Unlike a low-carbohydrate diet, a plant-centered diet, high in complex, unrefined carbohydrates from whole plant foods, has proven to reverse heart disease and signs of early stage prostate cancer in randomized controlled trials.

I encourage the committee to set guidelines that follow the science: Make it clear to Americans what foods they should be eating more, namely more minimally processed plant-based foods, such as fruits, vegetables, whole grains, and legumes. I also encourage the committee to make it clear which foods Americans should be eating less, namely animal-based foods like meat, dairy, and eggs. 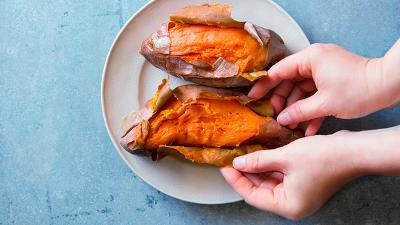 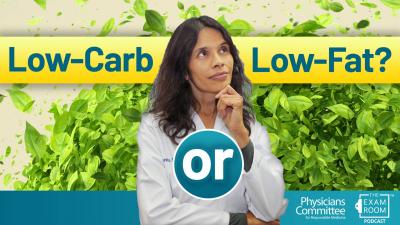