Dear Oikos: Take a Page From Joey Gladstone and Cut It Out!

The buzz over this year’s Super Bowl has been nearly overshadowed by the highly publicized commercial reunion of the three “dads” from the 90s classic Full House. It’s a shame that the uniting force for the comedic trio is Dannon’s Oikos Greek Yogurt, which employs John Stamos as a spokesperson.

While the reunion has produced some humorous late-night TV banter, yogurt has a serious downside. Dairy is strongly linked to ovarian cancer, and men who consume the most yogurt have a 52 percent high risk of prostate cancer. In the words of Stephanie Tanner: “How rude!” And the probiotic effects of yogurt have been overhyped even more than the Oikos commercial. In 2009 and 2010, Dannon paid legal settlements of more than $50 million related to their false-advertising probiotic claims. Yogurt is also a high-calorie, high-sugar product, with nutrition content similar to pudding and ice cream. If Stamos had really been consuming Oikos yogurt as much as Dannon would like us to believe, a real Full House reunion segment would feature Uncle Jesse needing a prostate exam and convincing Danny and Joey to go along with him for solidarity. As the physician snaps his rubber glove, Uncle Jesse exclaims, “Have mercy!” To get a cholesterol-free Full House fix, ditch Oikos and its marketing campaign. 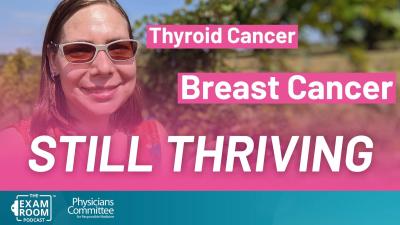 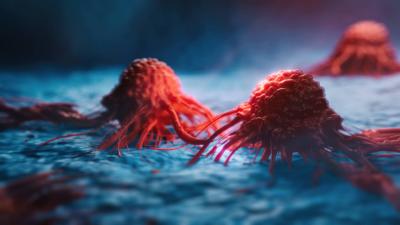