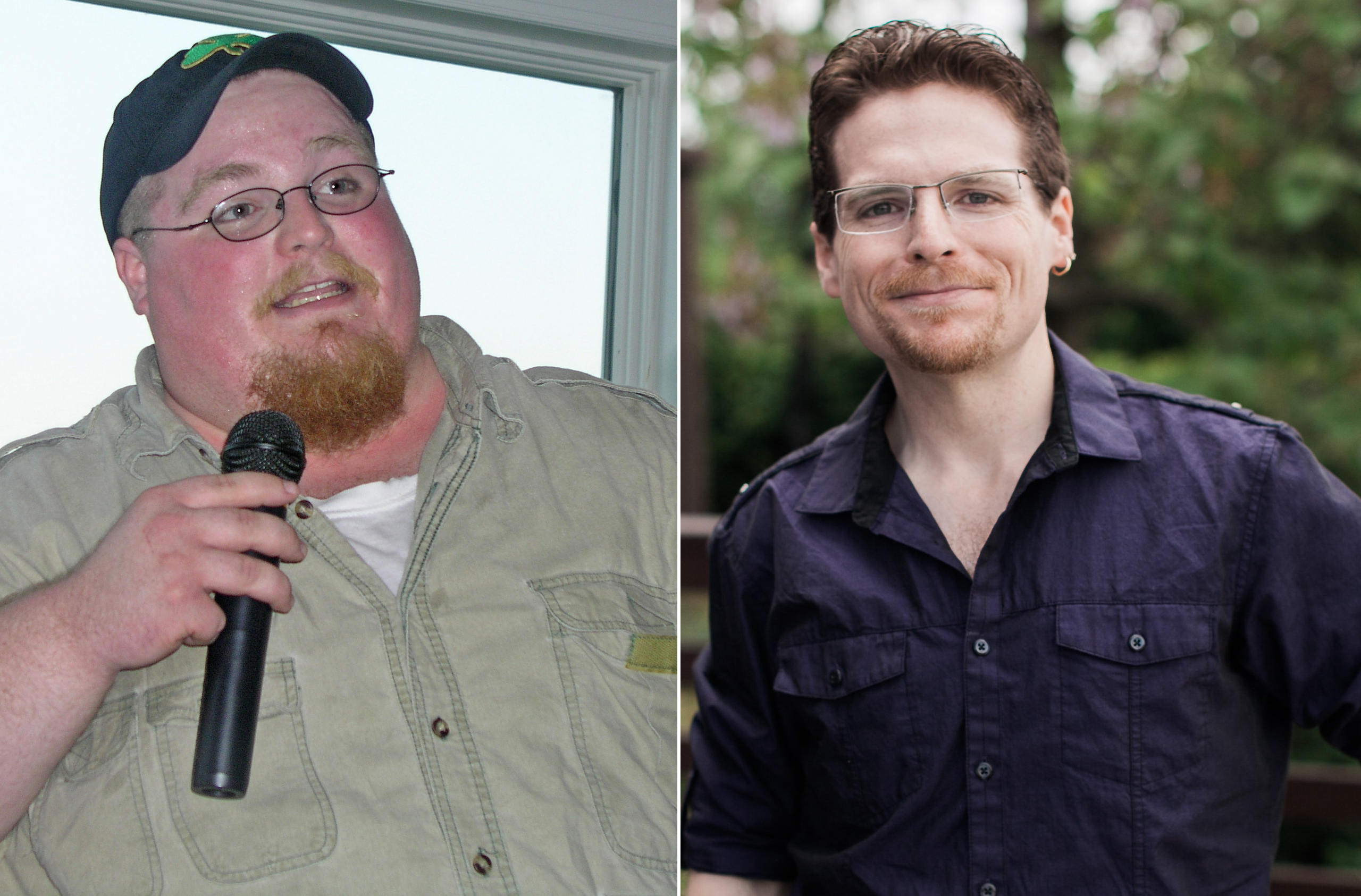 Chuck Carroll is host of the Physicians Committee’s popular “The Exam Room” podcast and known widely as The Weight Loss Champion, a name given to him by an NFL player for losing an incredible 275 pounds.

At just 5 feet 6 inches tall, Chuck weighed 420 pounds and had a 66-inch waist before radically changing his life.

Before that, like so many others, he tried and failed countless times to lose weight.  Any success he achieved was short-lived as the weight came pouring back on and then some. At his heaviest, he was eating 10,000 calories every day.

Out of desperation, he decided to have weight loss surgery in 2009. Prior to the procedure he was convinced that it would become like all the other failed attempts to lose weight. Chuck was just 27 years old at the time and didn’t believe he would live to see 30. He thought at least he would go to his grave saying he tried everything.

But then the unexpected happened. He woke up from the surgery and never looked back.

Although a critical component, the procedure proved only to be the first step in his journey. In fact, he only attributes 10 percent of his long-term weight loss success to it. The rest he credits to a plant-based diet and changing his lifestyle!

By adopting a plant-based diet, he is no longer afraid of regaining the weight as he had so many times before — no more yo-yo dieting! He is thrilled that he is lowering his risk of cancer and Alzheimer’s Disease, both of which run rampant in his family. As a bonus, he is no longer spending massive amounts of money on medical expenses because of his optimum health!

The confidence he gained from the weight loss enabled him to pursue his dream of becoming a reporter where he covered sports and news for CBS and later NBC News Radio. He was also previously featured in PCRM’s Teaming Up 4 Health campaign where he had the opportunity to speak on Capitol Hill and share his remarkable journey.

Now he is delighted to be bringing his passion and talents to the Physicians Committee as host of The Exam Room and to show others that the impossible is possible — you can get healthy!

He would be honored to share his experiences and teach others like you how get and stay healthy through the Food For Life program!