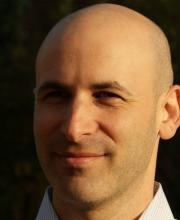 Omree Shuval earned his master's in the brain and learning. He is a registered dietitian, neuro-linguistic programming and hypnotherapy practitioner, and shiatsu therapist. He is passionate about sharing knowledge of food, behavior, body, and mind.

After finishing his studies in nutrition, he went on to study additional alternative therapies to incorporate into his practice. As life has its unexpected twists and turns, he had to face his own physical challenges and illnesses when he reached his 40s, which brought him back to nutrition. Since then, he has promoted whole food, plant-based nutrition as a promising way to achieve health while contributing to the environment and the earth.