What is toxicity testing?

Toxicity testing aims to evaluate what harm may be caused to humans and the environment by exposure to chemicals including medicines, industrial and consumer products, and food additives.

Currently, toxicity testing is usually performed on animals including rabbits, rats, mice, dogs, cats, primates, hamsters, guinea pigs, birds, and fish. Tests are performed by exposing animals to very high doses of chemicals—often at levels 100 to 1,000 times higher than humans would typically be exposed to. Some tests are required by government agencies such as the Environmental Protection Agency before a company can market a product.

Toxicity testing can vary in duration from four hours to several days or months to animals’ entire life spans. The animals are observed for toxic effects, including vomiting, diarrhea, convulsions, respiratory distress, appetite or weight loss, rashes, salivation, paralysis, lethargy, bleeding, organ abnormalities, tumors, and, ultimately, death. In some tests, animals are exposed to chemicals and then bred with other animals. These animals are then observed for harm to the reproductive system, or their offspring are observed for birth defects.

What are the concerns about animal use in toxicity testing?

Species differences and the use of very high testing doses lead to difficulties in interpreting animal toxicity testing results in humans. This can lead to more testing, delaying appropriate chemical regulations.

Testing on animals is also very costly and time consuming. A series of tests on one chemical costs around $6 million and can take three years to plan, conduct, and summarize. Because of these constraints, toxicity assessment needs are increasingly outpacing the capacity of toxicity testing laboratories.

What is 21st-Century Toxicology and how will it improve chemical safety?

Twenty-first Century Toxicology or Tox21 refers to efforts to implement a report written by the National Research Council called Toxicity Testing in the 21st Century: A Vision and a Strategy. The report details a step-by-step plan to modernize toxicity testing using methods that better predict human responses to chemicals, rather than relying on animal tests to guess the effects in humans. Through Tox21, university, government, and private efforts and partnerships are working to achieve toxicity testing that is more efficient, uses fewer and eventually no animals, and is more beneficial to human and environmental safety.

How will the Tox21 vision be reached?

A focused research effort will be needed to develop, assess, and implement the alternative methods recommended in the report. This vision would be accomplished in phases, beginning with elucidating toxicity pathways and developing relevant databases. This information will be used to develop testing methods that address specific biological elements of toxicity. These tests will then be evaluated for reliability and relevance to human responses and used in place of current chemical toxicity tests. Some of these efforts are already underway in several areas of the federal government and in private and public research institutes.

But we need not wait for these developments to apply some of the scientific advances that have already been made. Right now, many nonanimal methods are well developed and have been shown to be reliable. They can be used, along with exposure information, to prioritize chemicals for further testing. High-throughput screens can screen thousands of compounds quickly and relatively inexpensively. These screens have been used by pharmaceutical companies to prioritize lead compounds for development. These same approaches are currently being applied to chemicals for toxicity assessment.

What is an Integrated Testing Strategy?

An Integrated Testing Strategy, or ITS, is a process of chemical evaluation based on all available information. Such an evaluation can be used to tailor a testing program to the particular characteristics of a chemical, as an alternative to conducting a long list of animal tests on each chemical. To assess a chemical or group of chemicals, scientists gather all available information, including uses and exposures; physico-chemical properties; in vitro, in silico, toxicological, and epidemiological data; and all data on any similar chemicals. This information is then assessed to determine the likely hazards a chemical may pose, before considering any testing. Testing then proceeds in a step-wise or tiered manner, and an assessment of the weight of the available evidence is made again before further testing is considered.

As new tools evolve, ITS approaches have become popular as a way to reduce the use of animals in toxicity tests. The Physicians Committee and Dow Chemical followed the approach of the EPA’s High Production Volume (HPV) Challenge Program to determine that a reproductive and developmental toxicity test should not be conducted. The company used both information about similar chemicals and a computer algorithm based on known information about human skin to test the chemical commercial hydroxyethylpiperazine (CHEP) to determine that since CHEP was not absorbed through the skin, and workers wore protective equipment, toxic effects due to skin exposure were extremely unlikely. This approach saved approximately 675 animals. 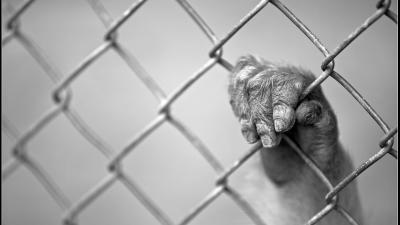