In 2006, 25-year-old Madhura, who was suffering from obesity, experienced a sudden rise in blood pressure that led to a stroke, leaving her paralyzed on the left side. Doctors had given up hope of a full recovery, but with a few diet modifications and exercise, along with medical treatment, she got back on her feet. After her marriage and two kids, the weight came back, her migraines were excruciating, and she had no energy for running a busy household. At her annual checkup, she was diagnosed with elevated cholesterol levels.

It was a wake-up call, and she was determined not to let history repeat itself. On her husband’s recommendation and after watching the documentary Forks Over Knives, she dropped meat, dairy, oil, and refined sugar from her diet and adopted a 100 percent plant-based lifestyle. Within a month, her energy had increased, she had dropped 8 pounds, her allergies were gone, and her migraines were under control. A year later, she had lost 57 pounds, and all of her health issues were gone. 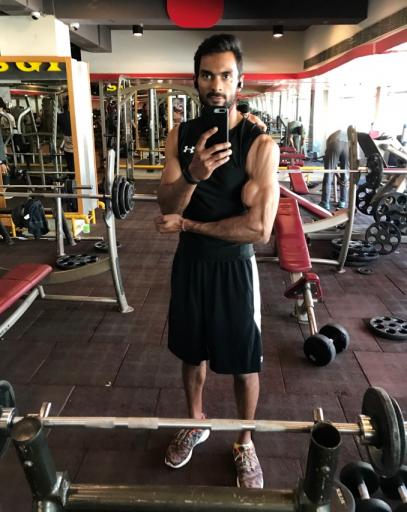 Growing up, Rahul believed that animal products were necessary for getting adequate protein and achieving good health. “There never went a meal without a piece of poultry or eggs on the plate,” says Rahul, who has been physically active and lifting weights since he was a teenager. But while he looked athletic on the outside, Rahul began to question if the foods he was eating to bulk up were negatively impacting his health.

“I understood fitness and health isn’t just about looking a certain way, but it’s also about actually being healthy and fit inside out,” says Rahul, who decided to adopt a plant-based diet rich in fruits and vegetables.

Within months, Rahul’s health transformed. His body fat dropped from 17 percent to 8 percent. He continues to lift the same amount of weight as before and has maintained the same amount of lean muscle. His energy levels improved and the acne that he had struggled with for years disappeared.