Eric Adams woke up one morning and could not see.

Fearful that he was going blind, he rushed to his doctor’s office where he was diagnosed with diabetes. He was told to accept that he would suffer from poor vision for the rest of his life. But Eric, a former New York City police officer, decided to open an investigation into his health to find a better way. He searched for evidence, combed through clues, and finally cracked the case. It was food that put him in this position and it was food that would get him out of it.

On this episode of The Exam Room, Eric Adams joins “The Weight Loss Champion” Chuck Carroll to share how he became healthy at last.

After recovering his own health, he began helping others, including his mother who was in her 80s when she began eating a plant-based diet. Like her son, the change made a dramatic improvement to her health as well! Eric is also the president of the borough of Brooklyn in New York and was instrumental in bringing plant-based meals to children by creating the Meatless Mondays program in the public school system.

He is now sharing his story nationwide with the release of his book Healthy at Last: A Plant-Based Approach to Preventing and Reversing Diabetes and Other Chronic Illnesses.

Also on the show, Dr. Neal Barnard discusses the top five comorbidities associated with COVID-19 and how changes in diet and lifestyle can help improve and even reverse them! 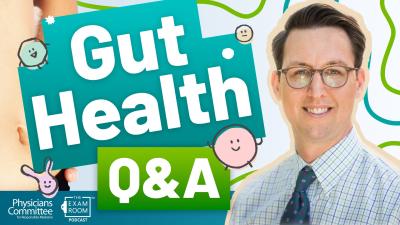 Your Gut Is on Fire: Taming the Flames of Ulcerative Colitis | Dr. Will Bulsiewicz Live Q&A 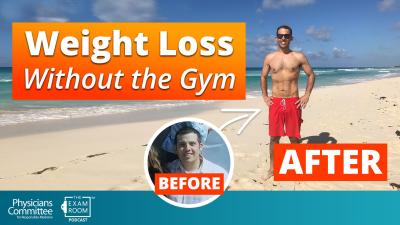 “My Weight Loss Journey Is Not a Gym Journey”: Stevan Mirkovich’s Transformation 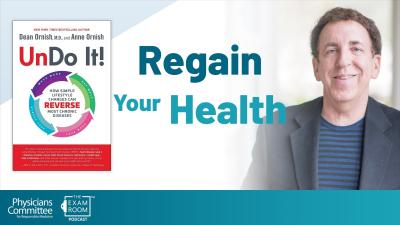