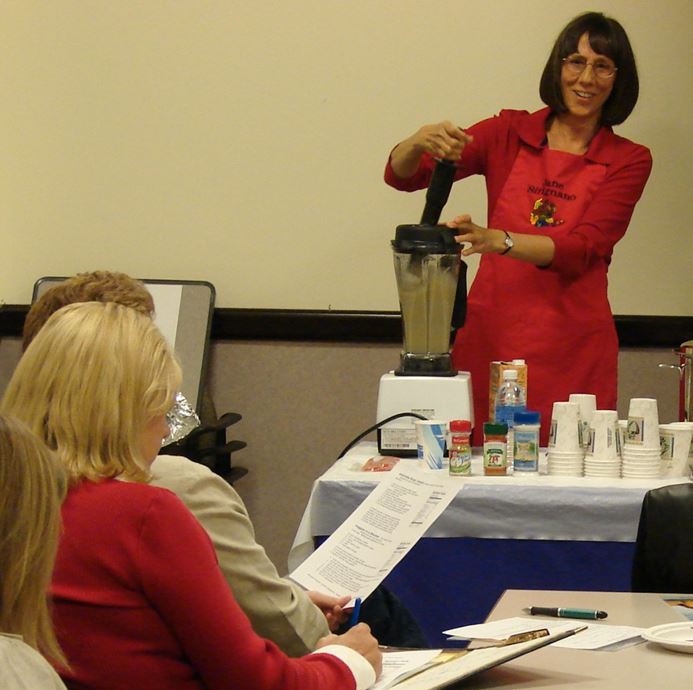 Jane Sirignano has been a Food for Life instructor since 2005. She has been doing health, food, and cooking presentations and conducting food shopping tours since 2001. Jane has experience as an assistant chef, has a diploma in nutrition and several certificates in health/wellness, and has raised one son with plant-based food/health principles and homeschooled him until he went to college. In 1974, Jane worked at a co-op restaurant bakery and in 1976 Jane founded a food co-op and managed a natural foods store. Jane worked seven years with the Coronary Health Improvement Project (CHIP), a program where chronic diseases were reversed. With CHIP, she conducted nutrition workshops and rewrote the instructor’s manual among other jobs.