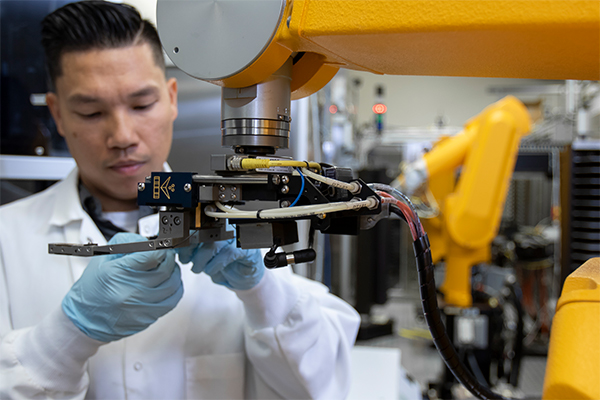 Study in a Sentence: Researchers at the California Institute of Biomedical Research are using robotics and an extensive library of approved drugs and investigational medicines that are already linked with known human data to determine whether these medicines may treat other human diseases that have few or no treatment options.

Healthy for Humans: Using the library, researchers discovered that an existing drug used to treat leprosy might also treat a parasite that causes severe diarrhea and is a leading killer of children in developing countries. Clinical trials are underway to determine whether the drug will become a treatment option to kill the parasite.

Redefining Research: This research approach is an alternative to the traditional risky drug development pipeline that lasts over a decade, kills thousands of animals per drug, and exposes humans to potentially unsafe chemicals in early clinical trials. Because the drugs have already been tested in humans, relevant safety and efficacy data are readily available, justifying quicker entry into clinical trials, without repeating the extensive and costly animal testing.

Hogan A. One of the world’s largest collections of medicines is being mined for new treatments. Stat. December 10, 2018. Available at: https://www.statnews.com/2018/12/10/calibr-drug-compounds-mined-new-treatments